Home / auto / The Chevrolet Volt will remain without a successor

The Chevrolet Volt will remain without a successor 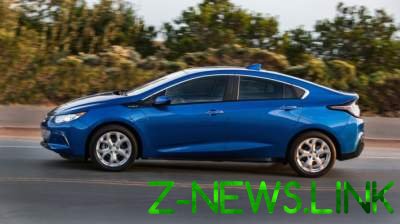 General Motors plans by 2022 to stop the serial production of Chevrolet Volt, which has the ability to recharge from the mains. Instead, I want to produce the electric crossover.

Sales of the Chevrolet Volt began in 2010. This vehicle has a 1.4 l ethanol-rezinovyj engine and an electric motor. Acceleration to 100 km/h is 8.5 seconds with a top speed of 161 km/h.

Note that at the beginning of this year, GM took a decision on the termination of serial production of the Cadillac ELR due to its very poor sales. And this model is built on the platform as the Volt.

General Motors plans to 2023 to develop and bring to market at least twenty new models of electric vehicles. The first two electric cars will appear by 2020.