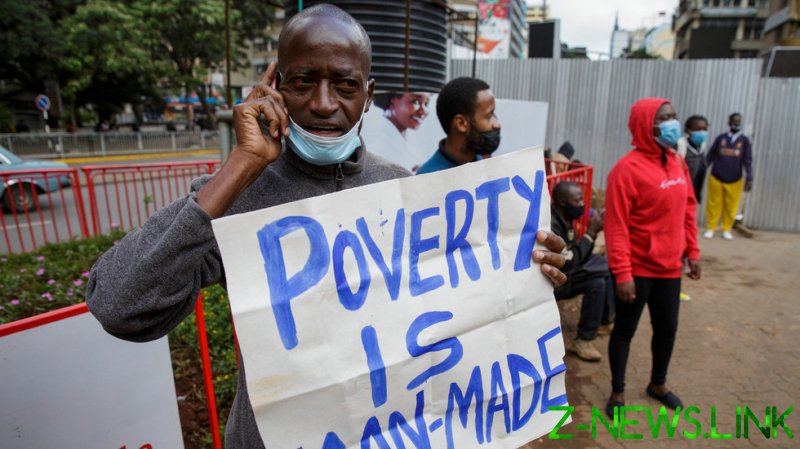 It is said that Nikita Khruschev once stated, “The survivors would envy the dead.” He was not referring to pandemics, but to nuclear war, however still there exists a clear geopolitical vector linking those two phenomena and its potential aftermath – the Cold War.

My contention is that the discriminatory approach of institutions like the EU’s European Medicines Agency (EMA) – and, in general, that of Western governments – towards the scientific advances of Russia’s Covid-19 vaccines, represents not only a catastrophic mistake in dealing with this pandemic in their own countries, but also in poorer countries in their sphere of influence. It is short-sighted, unintelligent, and irresponsible behaviour that ultimately – unless it is corrected – might bring about implosive societal destruction.

In a strict epidemiologic sense, the pandemic is about a distribution of an infection in the population. But the scope of this distribution, and the ensuing morbidity and mortality rates, is not determined solely by the infective potency of the virus. It has to do with the measures that governments and public-health authorities decide to implement and prioritize. Like in Sweden, where the number-one priority was the economy, above the health and life prospects of the senior population. In Britain, elderly patients with Covid were sent back into care homes to infect others. By such decisions, thousands of unnecessary deaths occured. Much of the so-called mitigation strategies carried out by Western governments and authorities have been taken to  primarily serve their geopolitical interests and the profits of Big Pharma.

Their unjustified neglect of the Russian-created Sputnik V has deprived vast populations, in Europe and elsewhere, of a vaccine in time. That was done at a time when no other vaccine was available, or when the supply of Western-produced vaccines was halted or drastically diminished – as it was with AstraZeneca and Pfizer. It was not done on medical grounds – after all, Sputnik V was the first Covid-19 vaccine created and approved in the scientific community, with its efficacy and safety peer reviewed in The Lancet. No, it was discrimination on political grounds.

It was not based on science, nor an epidemiological evaluation of statistics. It was based on ego and greed, and sold to the public under the disguise of neo-Cold War narratives, “sanctions,” and xenophobic, anti-Russian sentiment.

In fact, this vaccine war is concomitantly used as propaganda by the Western powers to reinforce NATO positions that are increasingly aimed at strangling the natural frontiers of Russia, for instance, from the Baltic flank.

Epidemiologically, it is also bizarre that the WHO, listing the risk factors associated with the coronavirus infection, only names old age and “and those with underlying medical problems.”  The fatality rate of the virus is also determined by socio-economic factors – people with alimentary deficits, bad nutrition, poor hygiene, etc., are more at risk. This is all exacerbated by rising basic-food prices in the world’s poorer countries.

Had Sputnik V been approved by the WHO and EMA early on, vaccinations would have increased around the world, and the disasters we’ve seen ravage many countries would not have taken place. It’s curious how EMA decisions regarding vaccine approvals and such like have invariably mimicked decisions taken by the US days before. The EMA is just an organ of the European Union, and the EU cupola is the political organ of NATO for Europe.

Pandemics are not only a virologic occurrence. They are also a societal phenomenon. Viruses existed for 3.5 billion years before we evolved into humans, and their integration of their genetic material into human DNA has been going on for millions of years – they comprise around 10% of modern human genome.

It is not simply the emergence of a new virus strain that makes an infection endemic or pandemic. That is also governed by the response that societies make against its propagation.

The Cold War was a ‘detente’, which also partially halted the indiscriminate and voracious interventions of Western powers in poor countries, which are seldom helped by direct military invasions. These times also saw liberation movements flourish across the world: anti-colonial, anti-imperialist, and revolutionary groups that sought to abolish inequalities and create a common destiny.

Many of those endeavours succeeded in establishing democratic advances under the shadow of the Cold War. That generated the universalisation of solidarity principles, a collective respect of human rights, a sense that all are born equal and all on Earth are subjects of the same care (the Universal Declaration of Human Rights was approved in December 1948). Subsequently, new public health institutions, already established in socialist societies, proliferated across the Western countries.

The Cold War, of course, grew out of the disaster of the Second World War. A disaster converted into victory, thanks, fundamentally, to the sacrifices of the former Soviet Union, where 26.6 millions of its citizens died, both military and civilian. It has become politically fashionable to refer to the Soviet times with disdain, but that ignores those Soviet citizens who perished to secure the survival of the Western elites’ democracies.

During the decades following WWII, the presence of the Soviet Union, and the “threat” of revolution felt by the ruling classes in the West, compelled those elites to negotiate with the popular and working-class movements. They did not compromise because of generosity; they did not give away some of their privileges out of moral solidarity. No. It was done out of fear. So amid all this there were many socio-economic advances that benefited the poorer classes. The same segments of society which now have in many countries of the West been converted into incipient lower middle-class consumers.

The geopolitical pandemic that is shaking the world did not begin with the debut of Covid-19 in November 2019. Instead, it began 30 years ago – in November 1989. In other words, with the ‘fall of the Berlin Wall’.

That occurrence, for the vast majority of Western analysts, marked not only ‘the fall of the Soviet Union’, but the burial of socialism as a system. Although I believe they may be wrong in this analysis in the long run, it is true that during and after that date, we have observed  a frenzied resurgence of individualism. This has been sheltered in neoliberal economies and the remodelling of societies towards paradigms of anti-social solidarity.

Our current Cold War, if it is not possible to drastically change its current ethical temperature, will end up freezing the hopes of survival for all humanity.

The current Covid-19 vaccine crisis in a geopolitical context

It is in the above context in which we should place the understanding of the current Covid-19 vaccine crisis.

This crisis consists of a) people’s reluctance to receive the vaccine; b) an increased need for booster vaccines; c) problems in the production and distribution of the vaccine; d) scarcity of vaccines for the vast majority of the world’s population. For reasons of space, I will address here only the first of the above-named items. I have covered the others in previous articles.

Reluctance to receive the vaccine is only partly rooted in lack of sufficient information given to the public. It has also to do with two other potent factors. One is an at-times-inappropriate fear regarding the vaccine’s secondary effects. The other, related to the discussion above, is the individualistic, non-social-oriented behaviour exercised by important sectors of the population, particularly the young.

The cause of this is the neoliberal cultural phenomenon that has flourished alongside the unbalanced economic neoliberalism that was born out of the demolished bricks of the Berlin Wall – when socialist ideas of solidarity began to be obscured by the emergent consumer societies, and where everything was left to be determined by the so-called free market. A ‘market’ which is largely monopolised and about as “free” as the control social media giants have on the privacy of citizens today. During this period, countries like Sweden – previously known for its developed welfare state – started to dismount service after service.

In the immediate aftermath of WWII, the experience led people naturally to understand the impact of solidarity in reconstruction and wellbeing. Had there been such a virus crisis then, the call for a collective vaccination would have immediately been seen as a necessary step to preserve the health of the entire population. It is not so nowadays. I have heard young and middle-aged people seriously arguing, “Let other fools take the risk, and we’ll survive thanks to that,” (i.e. let’s achieve the herd immunity of 75% at the cost of those others ‘taking the risk’ of having the vaccine).

It is basically the same cohort of selfish people who, as long as they can, would disregard protective measures that benefit the public health of all. They are the people pretty much responsible – together with weak and incompetent public health authorities – for the new waves of the virus that we’ve suffered.

What and who is responsible for this self-centrism that we’ve seen in the first decades of this century? Western societies have fomented it on the pretence of it being a solid trademark of ‘democracy’ against ‘socialism’. But egoistic individualism is killing ‘democratic society’, or at least the poorest and most vulnerable members of it. Killed by the weapon of vaccine reluctance. There is a proverb in Spanish which says, “Raise crows and they will take out your eyes” (“cria cuervos y te comeran los ojos”).

We are seeing all this play out again with Covid-19 booster vaccines designed to help tackle the emerging of new virus strains – such as the new-named Delta virus (formerly “the Indian variant”).

On this new front of the battle against the pandemic, the Sputnik developers at the Gamaleya Institute say they will soon be able to offer a new booster vaccine shot against this Delta variant, which, uniquely, can be administered as a booster to other vaccine brands.

Unsurprisingly, this development has also been unfairly neglected by Western powers and their media.

I first thought that the title for this article should be “Geopolitics of the immoral pandemic.” The scale of the tragedy shaking the world today has multiple causes. It’s shaped by the healthiness of a country’s economy and of its inhabitants, of their industrial and environmental landscapes, of the mitigation measures put in place – but, above all, by their ethics.

This pandemic, at least in Europe, has shown that ‘human rights for all’ may be a concept that’s becoming extinct. The truth is we have rights for only a few – for the greedy owners of the giant pharmaceutical corporations, for the West’s selfish and one-eyed political leaders, and for those in charge of the world’s medical agencies.