Home / Video news / The candidate in presidents of Russia made a surprise announcement on the Crimea. Video

The candidate in presidents of Russia made a surprise announcement on the Crimea. Video 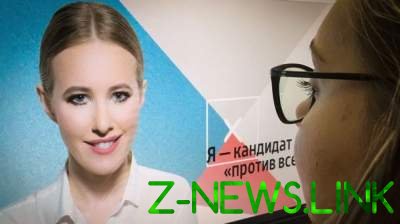 Has declared his intention to run for President of the Russian journalist Ksenia Sobchak, called the occupation of Crimea a violation of the Budapest Memorandum and stressed that the Peninsula is Ukrainian.

“From the point of view of international law Crimea is Ukrainian. Point. Then you need to talk,” said Sobchak at the press-conference devoted to the nomination, reports “Kommersant”.

See also:  The city of the future: in the Pacific ocean will appear floating country. Video

In the Ukraine she called “an important partner of Russia”, which is necessary to negotiate.

Sobchak also said that as the presidential candidate of the Russian Federation will demand the release of political prisoners, including Ukrainian Director Oleg Sentsov.

See also:  On the Maidan rally supporters of the blockade of Donbass. Video

Commenting on this statement, the Russian lawyer mark Feigin assured that it is nothing more than a “rhetorical device” to achieve the goal.