The Cabinet permitted Naftogaz to cut the price of gas 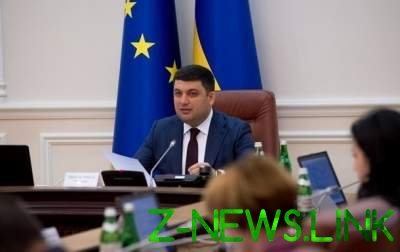 Prime Minister Vladimir Groisman believes that the price of natural gas for the population it is time to fasten.

In Ukraine reduced the price of natural gas for the population. From 1 April, Naftogaz needs to sell gas cheaper than 8.55 UAH per cubic meter. This was said during a government meeting Prime Minister Vladimir Groisman.

“As you remember, Naftogaz said that they can sell cheaper gas than of 8.55. And I fully support that. And I think that the less they do the better. I think that it’s time to “tie” the gas price. Today we adopted a decision authorizing Naftogaz set the price of 8.55 less, but in any case not more,” he said.

Groisman instructed the Minister of energy Igor Nasalik to bring this decision to Naftogaz and to enjoin the company from 1 April to implement gas for the population cheaper in accordance with their own letter to the Cabinet.

Recall from 1 November 2018, the Cabinet raised the prices of gas for households 23.5% in accordance with the earlier achieved agreements with the IMF.

However, in March, it was reported that Naftogaz proposed household consumers from 1 April to buy gas at a price 2% lower than the Cabinet – 8.38 UAH per cubic meter.

At the same time, for industrial consumers, Naftogaz will reduce prices since April, from 19%.