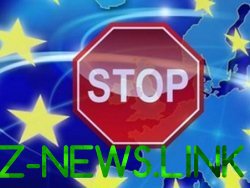 If Queen Elizabeth II approves the document, the UK will leave the EU at 23:00 on January 31.

The British Parliament in a vote on Wednesday, January 22, endorsed lobbied Prime Minister Boris Johnson a bill under the terms of the Kingdom’s exit from the European Union, according to British media.

The deputies supported all five amendments to the bill, which was introduced by the house of lords.

See also:  Poroshenko submitted to the Parliament a law on the reintegration of Donbass

Now the document goes for the signature of Queen Elizabeth II. If she approves the document, the UK will leave the EU at 23:00 on January 31.

Recall, 9 January the House of Commons of the UK Parliament has completed consideration of the agreement on the country’s withdrawal from the European Union and voted for it.

According to media reports, Britain has lost because of Brexit $ 170 billion. And by the end of the year losses in the UK due to withdrawal from the EU is forecast to increase by 70 billion pounds.