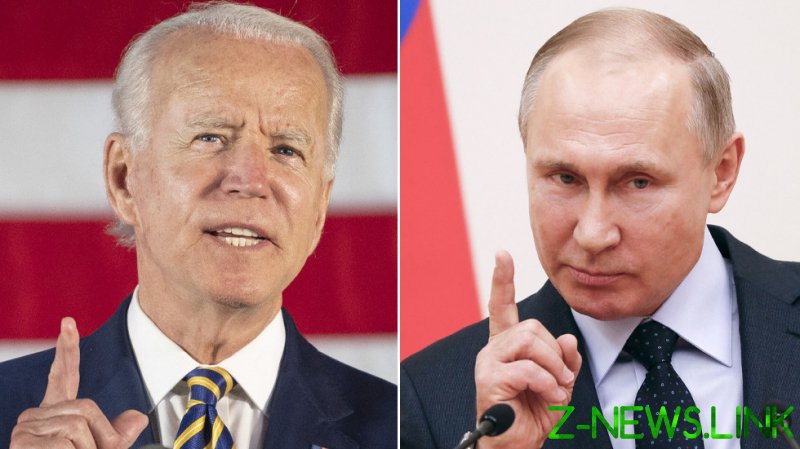 The meeting between President Vladimir Putin and his US counterpart, Joe Biden, in Geneva on Wednesday has every chance to leave its mark in history, but there is no reason to think that it will turn the page on past grievances and kick off a new era of constructive cooperation. Instead, something more essential is on the agenda. What the two countries need most right now is to turn around the toxic and unhealthy state of relations that has built up over the last years.

Strange as it may seem, Russia and the US actually need a ‘structured’ confrontation, and a blunt exchange of views could be the best medicine. Instead of mutual mistrust and misunderstanding, there has to be a genuine comprehension on both sides of what they do and do not agree on. It is necessary to establish boundaries and draw clear red lines.

There is more than one way to have bad relations, and Moscow and Washington have seen it all. With a handful of exceptions, ties between Russia and the US have been strained, to varying degrees, throughout the 20th century and beyond. But it’s one thing to be on bad terms and keep the relationship manageable, and quite another to let chaos reign with no clear way to contain it. The latter is exactly what we’ve seen play out over recent years.

For the better part of the last decade, Russia and the US have been sliding into a confrontation – one that is largely devoid of reason or motivation and fueled by deeply rooted fears. The lowest point was reached during the last US administration. With Donald Trump, an eccentric politician who rarely kept up his end of the bargain, in the White House, the dialogue between Russia and the US devolved into a farce – and the frenzied atmosphere of US domestic politics only made it worse.

As a result, despite the mutual feeling of curiosity that seemingly existed between Vladimir Putin and Donald Trump, the state of affairs between Moscow and Washington is now fairly dire. Combined with the growing imbalances in the global arena and the diminishing authority of international institutions, it is hardly a surprise that some now refer to the Cold War as a ‘golden age’ in terms of well-structured dialogue between the two superpowers.

There are many valid reasons why it would be unwise to insist on viewing the existing disagreements between Moscow and Washington through the lens of a new cold war. Indeed, the system of international relations has changed, the balance of power has shifted, and the very nature of confrontation is different. There is no clear-cut ideological conflict anymore. However, the air of distrust is almost as strong as it was back in the Cold War days.

What is worse, the two countries no longer seek to address global issues together or participate in joint projects, like they did during the late 20th and early 21st century, when the overall rhetoric was more positive, even if not entirely sincere. Today, the goal is the same – to minimize the risks that stem from Russia-US military and political rivalry.

The new era broadly seemed to begin roughly 10 years ago with the Arab Spring.

While the two countries did work hand in hand in 2013 to eliminate Syria’s chemical weapons stockpiles, that was only an isolated example and, just a year later in 2014, the events of the Maidan in Ukraine cemented a new status quo. From that moment on, Moscow and Washington no longer looked for win-win solutions and the only thing the two governments want now is to avoid unnecessary clashes.

This new agenda has helped prevent incidents in Syria, where both militaries generally seem to give each other enough space, and in Ukraine too, as Russia and the US clearly understand the strategic risks an escalation of the situation could entail. However, outside of conventional security matters, things have gone way out of hand.

The main reason for this is that domestic issues are all too often now driving the agenda in international relations. More specifically, there is a growing sense of vulnerability and the potential risk of foreign interference in countries’ domestic affairs. Russia has traditionally been very concerned that the US believes it can not only comment on other countries’ policies, but also intervene in them. Now, with American society growing increasingly polarized, America has been overcome by the specter of someone interfering in and exacerbating its own crisis, to an extent that, viewed from outside, looks like it borders on paranoia.

A tight knot of fears, suspicions and self-doubt brought us to the unhealthy situation we are in now. And worse still, it’s impossible to negotiate over domestic issues because it’s hard to justify why they should be brought up at an international level. Indeed, that used to be the logic back in the short period of time when there were attempts to establish a liberal world order, with some kind of universal principles of governance and social structure.

Those principles were, in theory at least, embodied by the US itself. But that time is over, and gone with it is the possibility of settling domestic issues on the global stage. Besides, potential foreign interference now sets on edge not only Russia and China, but the US too.

For the upcoming summit to be a success, both parties would have to go back to the classic theme of averting confrontation that has always been rooted in efforts to maintain so-called strategic stability.

As long as Russia and the US have nuclear capabilities to wipe each other out, they will have to discuss how to keep the peace. If the Geneva meeting ends with Putin and Biden saying that they will ask specialists in their fields – military officials, diplomats or scientists – to work together to bolster stability, taking into account the deadly potential of new weapons, the importance of cyberspace, nuclear proliferation and so on, it will be called a success.

In other words, both states should once again make military power and the fear of escalation the cornerstone of our bilateral relations, as it was during the Cold War. In this sphere, Russia and the US have comparable potential, and a uniquely shared experience. It is true that this experience first and foremost comes from the dark days of confrontation between Washington and Moscow, but reviving and upgrading it would be beneficial in the long run.

Other issues, like regional geopolitical questions and competing economic interests, are of secondary importance. We might see some progress there if there is sufficient headway on the main point of the agenda.

Biden has said he plans to raise a number of issues relating to Russian politics, but these would be better put to one side, given they will inevitably only cause suspicion and an urge to respond in kind. The US can’t and won’t abandon this rhetoric but, in practice, Biden’s political experience and expedient and pragmatic approach might make him savvy enough to know where there is a hope of finding common ground with Putin, and where there is none.