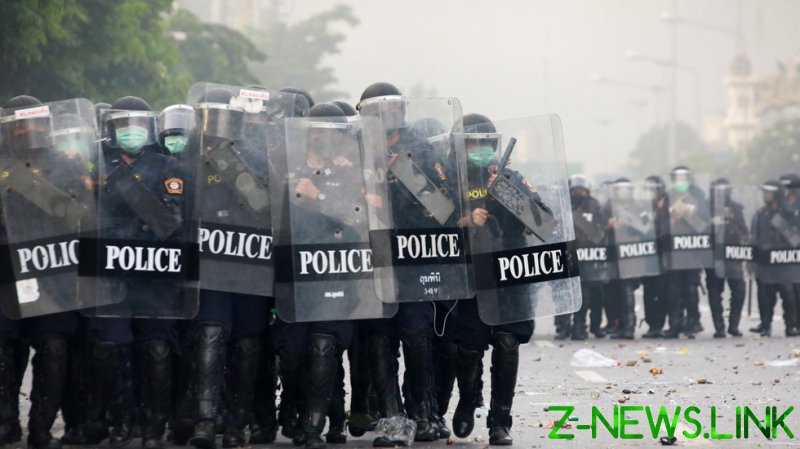 Thousands of protesters gathered in the city to demonstrate against Prime Minister Prayuth Chan-ocha and his government over their management of the health crisis and for allegedly taking advantage of the pandemic to stifle critics.

However, law enforcement clashed with the attendees when large numbers of riot police were deployed to disperse the crowds. Videos shared on social media showed officers firing tear gas and rubber bullets at protesters.

Other disturbing videos showed dozens of armed police officers apparently targeting singled-out civilians, beating them to the ground and striking them with their batons.

Some in the crowd threw rocks and other projectiles at the officers, littering the streets with debris. Two police booths were also set alight during the latest protests. 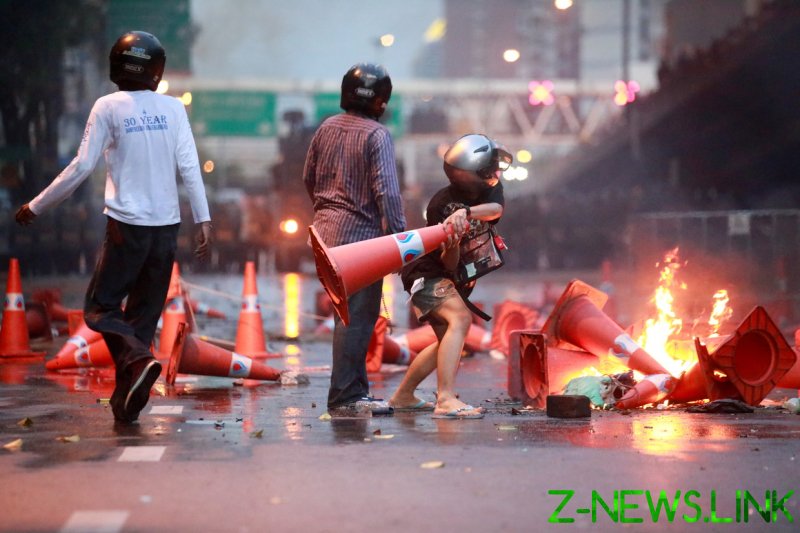 Demonstrators take part in a protest against the government’s handling of the coronavirus disease (COVID-19) pandemic, in Bangkok, Thailand, August 10, 2021. © REUTERS/Soe Zeya Tun

The deputy head of the Bangkok police force, Piya Tavicha, told local media that the actions of the protesters show an “intent to damage government property and the public” as well as to “hurt police officers.”

A wave of mass protests broke out in early 2020 calling for political and constitutional reform in Thailand, as well as changes to the role of the nation’s monarchy, which were met with a tough police crackdown. However, these protests were largely suspended when the government introduced a ban on public gatherings as a Covid-mitigation measure during the pandemic – a move which critics say was instead an effort to silence the people and quash political dissent.

The hashtag #WhatsHappeningInThailand has been adopted to spread videos of Thai police violently cracking down on protesting citizens, and has been used by some activists to compare Thailand’s situation with the one in Myanmar and show solidarity between anti-government protesters.