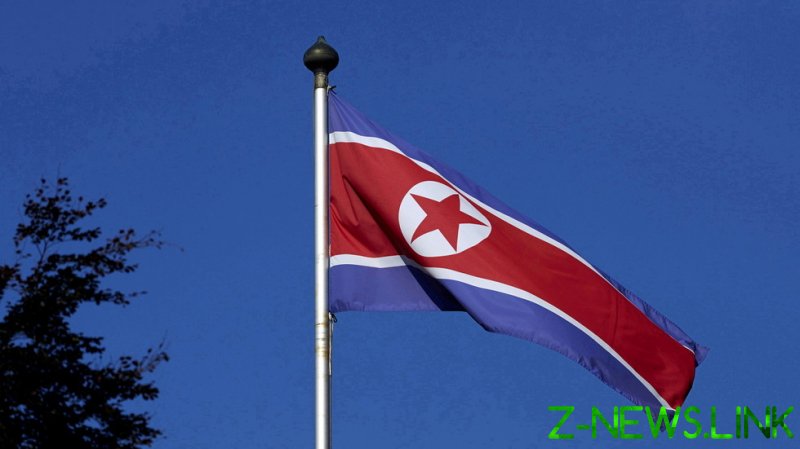 “It is a clear double standard that the United States denounces us for developing and testing the same weapons system it already has or was developing, and that only adds suspicions to their sincerity after saying they have no hostility towards us,” the Korean Central News Agency (KCNA) quoted an unnamed foreign ministry spokesman as saying on Thursday.

The US and the UN Security Council could face “more grave and serious consequences” if they chose to react wrongly to the launch, the spokesperson added, warning them against “fiddling with a time bomb.”

The words from Pyongyang came in response to the US convening the UNSC over the latest DPRK missile test, this one featuring a short-range missile launched from a submarine.

The US envoy to the UN Linda Thomas-Greenfield called the launch “the latest in a series of reckless provocations” and said such “unlawful activities” are “unacceptable” and “in violation of multiple Security Council resolutions.”

However, she also told reporters that it was “time to engage in sustained and substantive dialogue toward the goal of complete denuclearization of the Korean Peninsula,” and that the US has “made clear that we hold no hostile intent toward the DPRK.”

North Korean leader Kim Jong-un had met multiple times with US President Donald Trump starting in 2018, in what looked like a breakthrough in the decades-long standoff following the armistice that ended the 1953 Korean War.

As the talks bogged down in late 2019, Pyongyang lashed out at Trump’s rival Joe Biden for “insulting” the country and its leadership, calling the Democrat a “rabid dog” who “must be beaten to death with a stick” before it can hurt people. While Pyongyang has toned down its rhetoric towards Biden once the Democrat won the 2020 presidential elections, the new US administration’s calls for resumption of talks with North Korea have been met with silence or mistrust.  Speaking at a military exhibition earlier this month, Kim said that it would be “foolish” to believe that the US was no longer hostile to Pyongyang.