Fans have great hopes in the new “Terminator”. It is understandable, James Cameron is back in business, but the franchise back to basics, starting from the original novels. “Genesis” to ignore, like other films made by don Cameron. We are asked to forget about them as about a bad dream well, or to imagine that those events happened in a parallel timeline.

But Cust is happy cool comebacks. Arnie in the clip from the beginning, and no one doubted it. And here’s the really good news was the return of Linda Hamilton, the real Sarah Connor, non-GMO.

Now, Robert Patrick expressed a strong desire again to take part in all these terminatory Affairs. In an interview at New York Comic Con he was asked about willingness to star in a new “terminator,” and the actor said the following:

Absolutely! Someone [asked] me to participate, return anywhere, and I’m already there!

However, Patrick did not elaborate, was in contact with someone from the team developing the next film. Apparently not. But maybe now they remembered the old T-1000?

Recall that Robert Patrick played the role of antagonist in “day of judgment”. Soulless killing machine, taking the form of any person, and also freely change the shape of your body. It is interesting that initially the Terminator and thought, but in 1984 it was not possible to adequately bring to life the feverish nightmares by James Cameron. As a result, the original plan remains only red eyes. But in 1991, the world finally saw a liquid metal Terminator, and it was pretty cool. To admit, for atmosphere I prefer the first film, because it is more gloomy and full of fear, but the character of Robert Patrick from the sequel was and still remains one of my favorite villains ever.

Earlier Arnold Schwarzenegger announced that Patrick included in the cast of the new ribbon, and it is not very clear that he, the older, is there to do, but it would still be nice to see him again in this kynoselen. 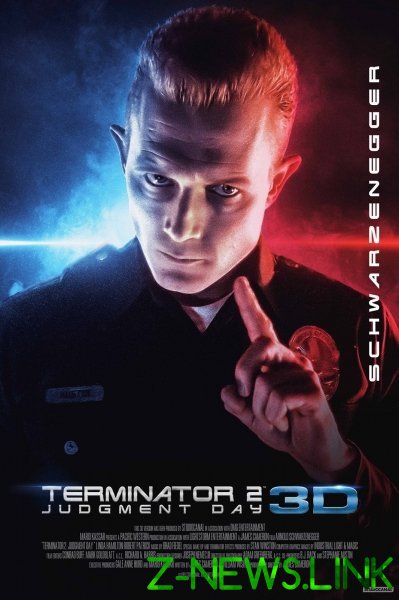