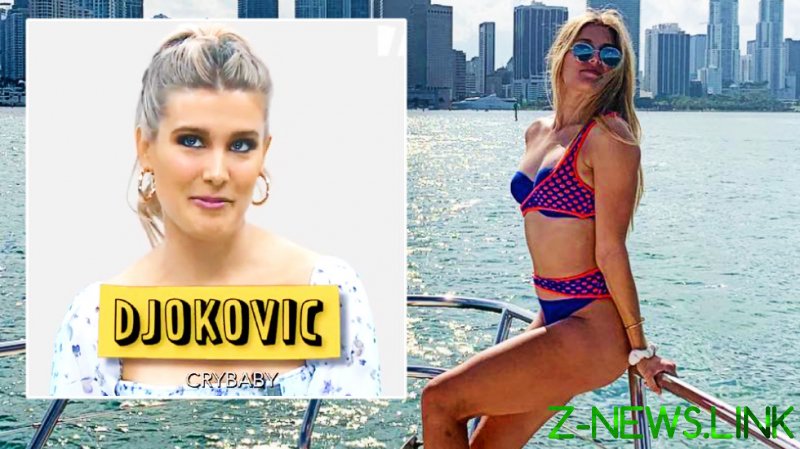 All-time great Djokovic’s career has not been without tempestuous incidents, including an explosive end to his Tokyo 2020 Olympic campaign which included the sight of him hurling his racket into a crowd and thwacking frustratedly at the net.

The 34-year-old has been known to lose his temper from time to time, and former Grand Slam semifinalist Bouchard appeared to poke fun at Djokovic’s temperament when she was challenged to take part in a ‘word rally’.

The twist on an interview started in unpromisingly bland fashion, with Bouchard replying “Roger” when she was asked to say the first word that came into her head when she was presented with the word ‘Federer’.

“I didn’t even recognize her. Of course, long time no see her in a semis or a final of a WTA tournament. What has happened to her hair? And the make up… do better, Eugenie.”

Others questioned Bouchard’s ranking and intellect, while one linked her words to one of Djokovic’s most consistent critics, tennis wildman Nick Kyrgios.

“She is a friend of Nick Kyrgios, who was dating her sister for a while,” they claimed.

“Nothing to surprise me in her comment about Nole [Djokovic].There is an explanation for everything.”

An account dedicated to producing clips of socialite Bouchard said an “entire fanbase” had targeted her for “telling the truth.”

Bouchard shared the message and asked her vast audience, which has amassed more than 2.1 million followers on Instagram, whether they agreed with that suggestion.

The former world number five is said to have been nursing a shoulder injury, finding time to work as an analyst on tennis shows and be an ambassador for a Canadian airline.

That has included being a hostess on a promotional Boeing 737 flight and modeling the company’s uniform in recent weeks.