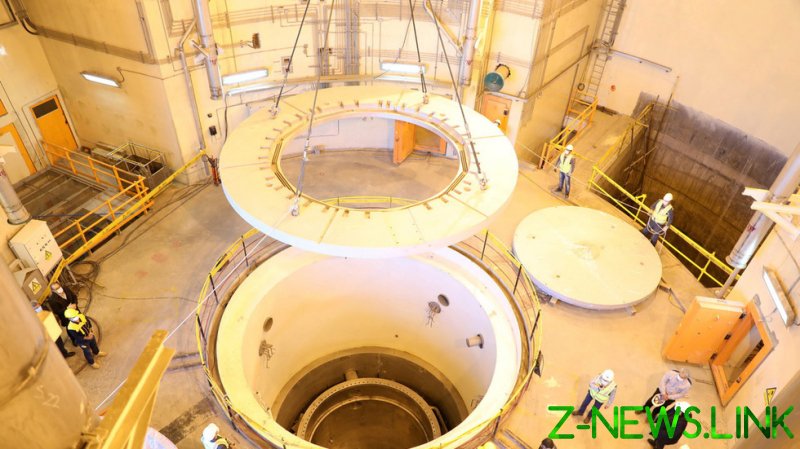 Speaking on Friday during a visit to Istanbul, Mohammad Javad Zarif told reporters that US hopes that Iran would immediately reverse its nuclear program “are neither logical nor will ever be realized.”

“The logic is that the person who left the agreement will return to it, and we, who are inside the agreement, will take the necessary measures at all times,” Zarif stated.

The foreign minister contended that it was US lawlessness and former president Donald Trump’s decisions that led to the current situation, and that it is the role of the current American administration to make amends, not Tehran.

“The US decided not only to withdraw from the deal, but also to impose sanctions and pressure on those who adhered to the deal… This action is in fact a clear example of breaking the law,” he added.

Last week, Iranian President Hassan Rouhani urged President Joe Biden to reverse the moves taken against Iran during Trump’s time in office, noting that “the ball is in the US court now.”

“If Washington returns to Iran’s 2015 nuclear deal, we will also fully respect our commitments under the pact,” Rouhani said in a televised cabinet meeting.

The Joint Comprehensive Plan of Action (JCPOA) was signed between Iran and six major global powers in 2015, putting constraints on Tehran’s nuclear ambitions.
However, former president Trump unilaterally pulled the US out of the pact in 2018 before reintroducing crippling sanctions against Iran.

Earlier in January, Iran further hollowed out the remains of the nuclear pact, upping its uranium enrichment to 20 percent, which was much higher than the 3.67 percent level agreed in the 2015 pact, but still far below the 90 percent level that is considered weapons-grade.

On Thursday, Iranian Parliament Speaker Mohammad Bagher Qalibaf announced that by the end of the month Iran will have produced more than 17kg of 20-percent-enriched uranium, considerable exceeding monthly targets.