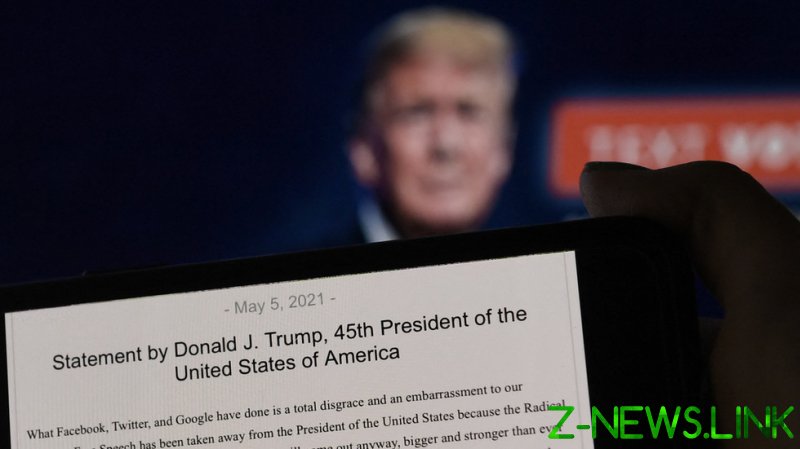 Over the past eight years or so, censorship by Big Tech has been a consistent – and growing – concern. Many conservative groups have claimed they’ve been muzzled by platforms such as Facebook, YouTube, and Twitter. In other cases, the silencing has been even more blatant.

Of course, the highest-profile subject of this censorship has been former president Donald Trump, who has essentially been kicked off all the major social media networks. The justification was his alleged role in the January 6 riot at Capitol Hill, but now it appears there were calls from the Biden campaign for him to be censored on Facebook prior to November’s election.

According to a recent report from CNN – which attempted to spin the goings-on as Facebook not doing enough about “misinformation” – Biden’s backers were pressurizing the platform to remove posts and videos uploaded by the Trump campaign.

Referring to a video in which Donald Trump Jnr claimed the Democrats would use “millions of fraudulent ballots” to cheat in the election and called for “able-bodied” people to join an election security “army”, a senior Biden campaign official emailed Facebook on September 22, stating, “The fact that this video is still on your platform – and is being used to recruit some sort of, and I quote, ‘army for Trump’s election security effort’ – is astounding. It is impossible to reconcile this with any of the policies regarding voting and voter suppression that Facebook has released over the past three years and emphasized to us privately in several dozen conversations.”

The official was, of course, referencing Trump’s claims about potential campaign fraud. And, whatever your view now on whether or not the election was stolen, there is something that needs to be acknowledged: what Team Trump said on the campaign trail was their opinion, and whether you’re flipping burgers at McDonald’s or you’re the president of the United States, the first amendment protects your right to free speech. They had a right to voice that opinion, and, thankfully, Facebook refused the request to remove the material.

The article on CNN continues to point the finger at Facebook for the “frustrations” the Biden campaign had, but their complaints are not borne out by the facts. Facebook did not need to take action in that particular case, nor should it have. If it had, it could have been seen as being guilty of election tampering. In fact, that’s exactly how the Trump campaign would have spun it, and we all know it. Moreover, I think they would’ve been right.

What this story shows is that the Biden campaign was more than happy to lobby social media to censor another candidate in an attempt to influence an election. It was childish, it showed their fear of the opposing party, and, above all, it demonstrated a disregard for freedom of speech that is utterly un-American.

If they had really felt what Team Trump was saying was slanderous, lawsuits could have been filed – and given how badly Trump’s legal team performed with regard to proving fraud, Biden’s campaign might actually have won a few. But, joking aside, it’s not Facebook’s responsibility to be the arbiter of truth. This has been a common criticism of Mark Zuckerberg and his company, and yet the one time they do the right thing, the Democrats want to pounce.

The fact of the matter is that Facebook should be more hands-off – as it was in this case – when it comes to political campaigns. In fact, this whole episode is more revealing about CNN, and what is now the Biden administration, than it is about Facebook’s behavior.

When the Republicans are in power again, there will be many leaders keen to go after some Big Tech scalps. If Mark Zuckerberg doesn’t want to have to keep testifying before the Senate, the best thing he could do on this latest occasion is ignore what CNN is saying, wave away the Biden administration’s complaints, and stop listening to those who desire more to be censorious than to be American.