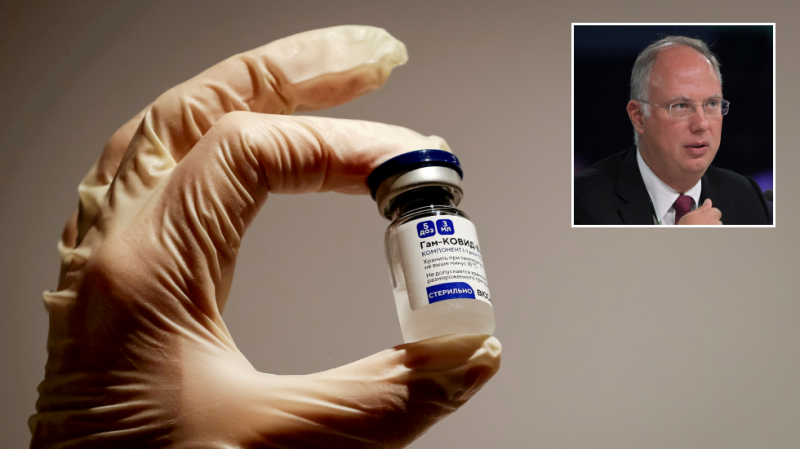 Kirill Dmitriev of the Russian Direct Investment Fund (RDIF), which financed the research at Moscow’s Gamaleya Institute, made the explosive allegations in an interview with RBK published on Friday. He blamed the narrative being put forward by some foreign reporters for not only tarnishing perceptions of the world’s first registered jab internationally, but also making Russians reluctant to sign up for doses.

Asked about the country’s comparatively low vaccination rate, he said that the first reason for slow uptake is “a powerful disinformation campaign that was launched against Sputnik V from the outset.” The team behind the jab, he said, “believe that those behind this are a number of Big Pharma companies, as well as anti-Russian political circles.”

“From the very beginning,” he alleged, “there has been a purposeful campaign to chip away at confidence in the great achievement of our scientists, and in the effectiveness of the vaccine.” Russia made headlines last summer when it became the first nation to officially register a formula to protect against the virus.

Dmitriev added that “we see attacks on Sputnik V primarily in the Anglo-Saxon press – it is like a kind of octopus combining the tentacles of a number of Big Pharma companies and those of political players who are opposed to Russia.” This, he said, was “aimed at reducing the rate of vaccination in Russia and at raising doubts about the Russian vaccine.”

Another reason for the comparatively low rates of vaccination, the finance chief argued, was that the country has been “quite successful” in the fight against Covid-19, with the number of reported cases hovering at around a third of what they were at the peak. “As a result,” he said, “many people now, unfortunately, do not feel an urgent need to get vaccinated.”

“The approach to vaccination should be like brushing your teeth,” Dmitriev claimed. “That is to say, you can probably choose not to brush your teeth, but that isn’t accepted by society. And those people who are not vaccinated not only take big risks, but also carry them to those around and loved ones.”

A number of Western commentators and journalists have claimed that Russia’s domestic-made vaccines are being exported as part of efforts to strengthen the country’s political sway abroad. Some have gone as far as to suggest its primary purpose is as a tool of malign influence, despite peer-reviewed evidence showing it is both safe and effectively protects against the virus.

The EU’s central regulator, the European Medicines Agency, is still conducting a months-long rolling review of the evidence behind Sputnik V. That is despite many member states expressing disquiet over the pace of the bloc’s immunization program, and two countries moving ahead by authorizing and using the jab without waiting for approval.

Sergey Naryshkin, the head of Russia’s Foreign Intelligence Service (SVR), said last month that “this procrastination is related to signals that come from on high of the European Union.” His words echoed those of President Vladimir Putin, who claimed in March that overseas interest in Sputnik V is growing, despite what he called “deliberate discrediting” and “outright fabrications.”