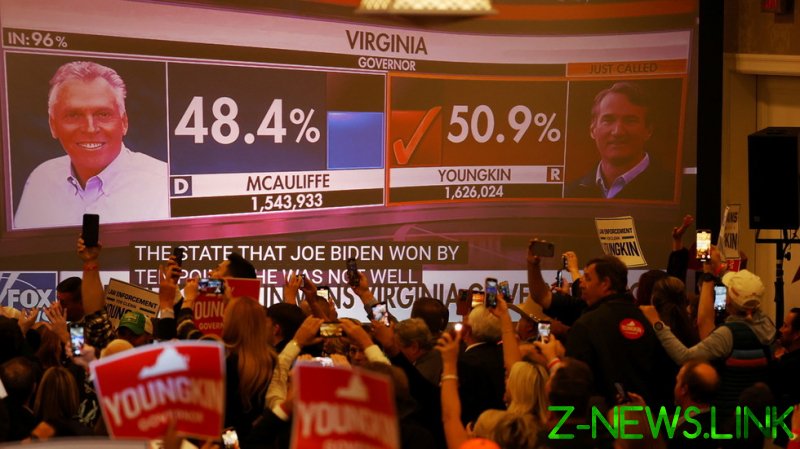 As someone who worked for the American Democratic Party and drank all the Kool-Aid – even giving it to others – I can tell you definitively that they do not need the Republicans to make them lose; the art of self-destruction seems embedded in the ethos of the party.

The basic lack of collective self-reflection is obvious in the media duck-and-cover after every crushing election loss.

It is astounding that even with the majority in the House, Senate, and the White House, Democrats still appear as losers, unable to pass legislation about animal welfare, much less tax reform. The bold left calls to tax billionaires became watered-down defensive bleats at Senator Joe Manchin’s yacht. The limousine liberals with all those wealth tax ideas threw all of those out along with the campaign literature after securing their seats in Congress.

Democratic Arizona Senator Kyrsten Sinema ran through airports and into bathrooms rather than talk to a constituent about her infuriating lack of representation.

The political troll farms light up on protection patrol for the status quo, fueling more divides and general chaos. All of this leads to where things stand now.

The sexual misconduct by the former governor of New York, Andrew Cuomo, and Biden are patterns well worn in the Clinton tradition, which is haunting the party who waved the MeToo banner and marched with ‘pussyhats’, apparently in between visits to Epstein’s island.

The hypocrisy is breathtaking and catching up fast, as even the corporate media is having to report more out about the elite’s nasty malfeasances.

The Democratic Party’s wolf-in-sheep’s-clothing approach to politics has voters turning away. Ironically, most voters want to be sheep; they do not want to have to critically think, they want Ma and Pa media to tell them their world is taken care of by those certain politicians they elected.

It is not just the Democrats with corruption issues, of course. The Republicans have their own deep-seated challenges and infighting in all the same ways the Democrats do. But there is a difference: Republicans know their candidates are human and make mistakes, you get what you get. In contrast, Democrats are always claiming they own the moral high ground, and that is also less than endearing to most citizens. As even loyal Democrat pundit Van Jones stated, Democrats have indeed become annoying.

The sanctimonious positions leading the way to cancel culture are a cover for their own rotten core values. The whole thing has grown as tiresome as the anti-Russia narrative. American voters have real domestic concerns. They want healthcare, jobs with a living wage, freedom from educational debt, affordable housing, and solutions regarding climate change.

Conversely, the establishment Democrats are about protecting their own access to wealth and not investing in the base values of most of their own party.

As the world faces the climate change crisis, world leaders toss coins (oddly symbolic) for luck into an Italian fountain. Alarmingly, Covid-19 variants are spreading. All of this has led to distrust of systems. Citizens have lost confidence in the government’s ability to effectively solve problems.

There is a collective loss of faith by citizens with the American Congress and White House due to the gridlock of legislative movement. Meanwhile, the media feeds from the trough of political division. The empty promises made by the Democratic candidates in the 2020 campaign of paid family leave, forgiving student debt, and expanded Medicare for all made fools of voters that followed, for believing the election rhetoric once again and voting for the “lesser evil.” I think I can speak for my fellow citizens when I say we are all tired of wading in evil as we mark our ballots.

Political tribalism is permeating the electorate so deeply that authenticity is lost behind the rhetoric to win with no substance involved. Democrats have a clear choice: continue to be disconnected from their voter bases and keep losing, or clean house at the leadership level.

Winter is coming, and then the midterms. Unless the Democrats stop blaming the symptoms and go for the cure, the 2022 midterm elections will be a bloodbath for their candidates.