Taliban says seizing Kabul not a military objective, but warns ‘policy’ could change if foreign troops stay past exit deadline 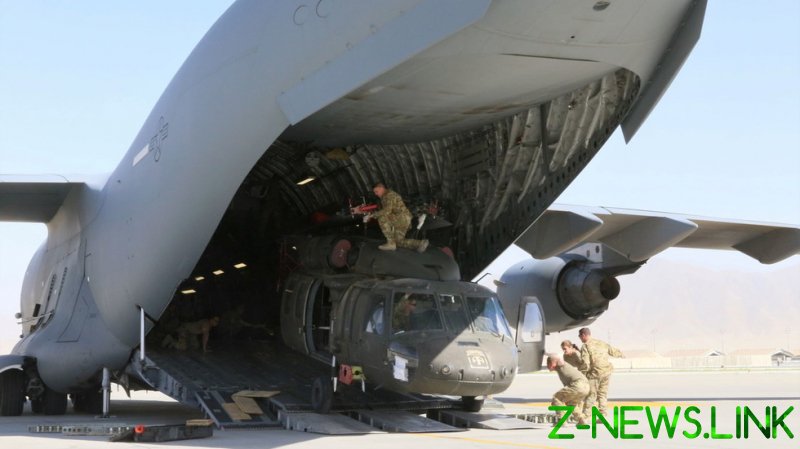 Taliban spokesman Suhail Shaheen told the BBC that any foreign soldiers who stay behind after the September exit agreement risk being treated as occupiers. He said that, while capturing the Afghan capital was “not Taliban policy,” nothing would be off the table should foreign forces – including military contractors – remain in the capital after the withdrawal was complete.

“If they leave behind their forces against the Doha agreement, then, in that case, it will be the decision of our leadership how we proceed. We would react and the final decision is with our leadership,” the official said.

He stressed that the Taliban would “not pose any threat” to diplomats and NGO workers based in Kabul, however.

The warning comes after the Pentagon signaled that as many as 1,000 US troops could remain in the city to guard embassies and help protect Kabul’s airport. The Taliban may view the plan as a violation of its deal with the US-led coalition, in which foreign forces agreed to leave after nearly 20 years in return for reassurances that Afghanistan would not become a safe haven for terrorists.

US President Joe Biden has vowed to pull all American forces from the war-torn nation by September 11, and the bulk of US forces stationed there have reportedly already left the country. It’s believed the withdrawal could be complete in the coming days. Many of Washington’s NATO allies have already fully exited Afghanistan.

The pullout coincides with a string of Taliban victories against forces loyal to Kabul. In the past two days alone, the group has reportedly captured more than a dozen districts across the country. On Saturday, it seized Panjwai, a key district in Kandahar province that could be used to launch an assault on the provincial capital. It claims it now controls more than 100 of Afghanistan’s nearly 400 districts, although Kabul disputes this figure.

In Washington, the deteriorating military situation in Afghanistan has become a touchy topic. Biden refused to answer questions on Friday about the pullout and the worsening security situation, explaining to reporters that he wanted to talk about “happy things.”