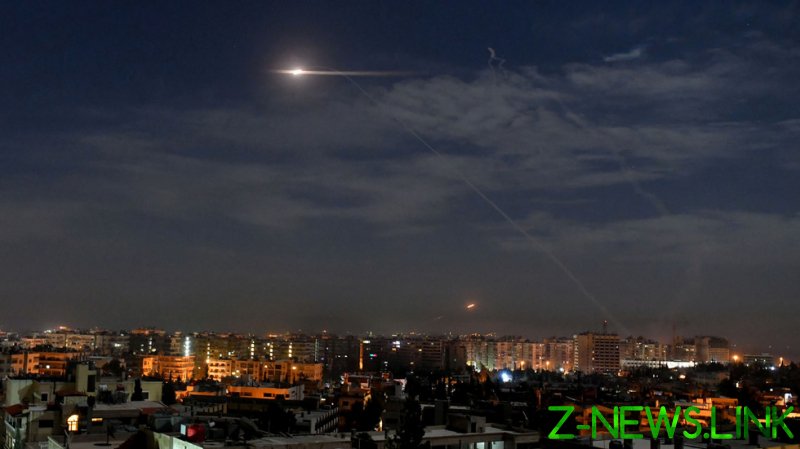 The alleged attack took place early on Wednesday, Syria’s state-run SANA news agency reported, citing a military source. “A number of missiles” were launched from the direction of the Israeli-occupied Palestinian territories, and hit an area near the town of Zakia in the countryside west of Damascus, according to the report.

The raid resulted in “some material losses,” the agency said, without specifying the extent of the damage.

The Israeli military has neither confirmed, nor denied the reported raid in line with its long-standing policy to not comment on operations conducted outside the country’s borders.

Israel routinely rains down missiles on the Syrian territory at the pretext of targeting Iranian assets there. Some of these cross-border strikes result in injuries and casualties on the Syrian side. Two Syrian soldiers were injured in an Israeli missile strike conducted just over the weekend. The projectiles were launched from the West Bank, prompting Damascus to activate its air defense systems. Several missiles were intercepted in mid-air.