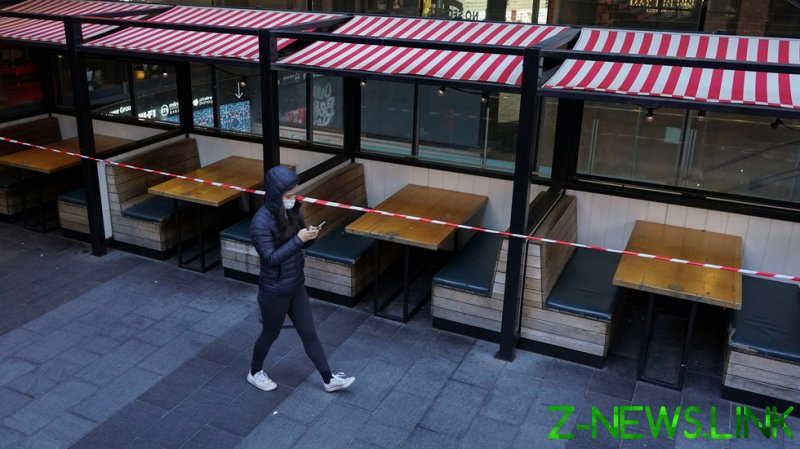 According to a New South Wales government notice on Friday – which was signed by Brad Hazzard, NSW’s minister for health and medical research – outdoor “public gatherings,” including exercise, are limited to just two people who must stay within 10km of their homes, as Sydney prepares to enter its third week of lockdown.

Those in Greater Sydney “who go out for exercise or outdoor recreation” must “remain within their own local government areas or within 10 kilometers of their homes,” according to the notice, and must “carry evidence showing their address and produce the evidence if required to do so by a police officer” if they are at least 18 years old.

Legal restrictions are even tighter for those who are out to get groceries, with only one person per household able to go outside to “obtain food, goods or services once per day.”

Greater Sydney has been locked down since June 26, and though the lockdown was planned to end two weeks later, it has been extended for an extra week as Covid-19 cases continue to be detected.

After it was discovered that at least 27 Covid-positive people had been out in the Sydney area during their infectious period, NSW Premier Gladys Berejiklian warned that the numbers “tell us that in the next few days … both the case numbers and unfortunately the number of people who may be exposed, or have been exposed, in the community is going to go up.”

Sydney residents protested the new requirements on social media, going as far as drawing comparisons between Berejiklian and the Nazis.

“This is disproportionately harsh,” observed one woman from Melbourne. “I’m afraid that vulnerable people like the homeless, indigenous people, migrants etc, who may have difficulty obtaining IDs, may be targeted by police. Hope this kind of sweeping police power won’t be used to target vulnerable people.”

“So you can’t even go for a walk, run or cycle in your neighbourhood with carrying ID?” tweeted another woman. “I’m all for the lockdown and following the rules, but it seems like Gladys has gone from one extreme to the other here.”