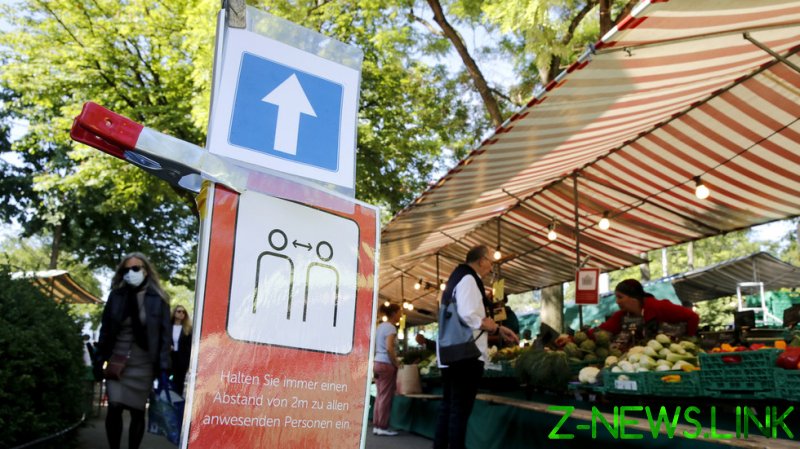 “It’s really not going well – not with the infection rate and not at the hospitals,” Dutch Prime Minister Mark Rutte said on Tuesday, adding that more measures may be imposed in the coming weeks if the spread of the virus doesn’t slow.

It comes as the Dutch government voted to prolong the state’s “partial lockdown” until January 15, meaning restaurants will stay closed and households will be allowed a maximum of three guests visiting at once throughout the festive period.

The Netherlands reported 43,103 new Covid-19 infections in the week up to December 8, an increase of over a quarter from the 33,949 the week before, according to the National Institute for Health RIVM.

“We now have nearly 10,000 empty chairs at the Christmas table due to corona,” Rutte said, in reference to the country’s death toll of 9,704 during what he called a “tough year.”

His bleak tone was echoed by his Swiss counterpart President Simonetta Sommaruga, who warned that the “worst of the pandemic is still to come” if Switzerland does not act quickly enough, as she outlined a ban on all public events.

Government negotiations have begun with Switzerland’s 26 cantons over curfews, under which shops, restaurants, markets and leisure facilities will be forced to close by 7pm until January 20.

A full shutdown of all shops and services is also planned for Sundays, while a maximum of five people can meet each other from two different households, apart from on December 24, 25, 26 and 31, when 10 people may gather.

Ski resorts are exempt from the restrictions as an “outdoor activity,” while people are also expected to be able to gather for church services and parliament.

On Tuesday, the Swiss Federal Office of Public Health reported a further 4,262 coronavirus infections, taking the total to 354,568, while another 92 fatalities raised the death toll in Switzerland and Liechtenstein to 5,116. Interior Minister Alain Berset labeled the figures “dangerous” and Sommaruga said they were rising “too quickly and too strongly.”