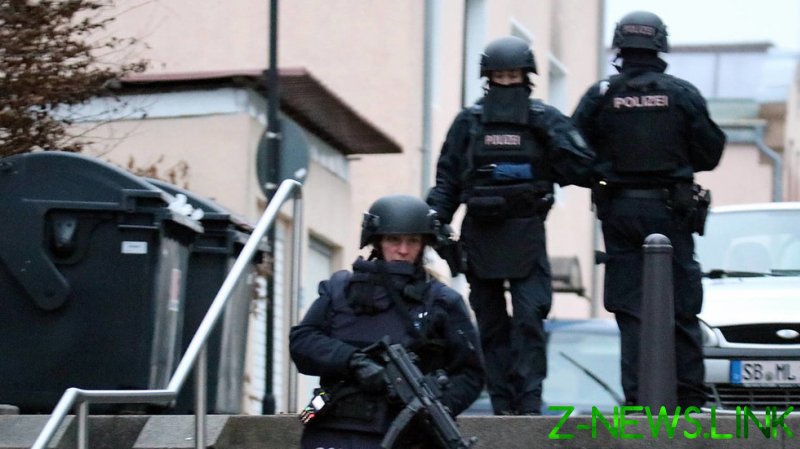 German police have arrested two men on suspicion of fatally shooting two police officers in the western state of Rhineland-Palatinate. The two suspects are reportedly “friends” aged 38 and 32.

One of the suspects was arrested in front of his house in the neighboring western German state of Saarland, the Kaiserslautern public prosecutor’s office and the West Palatinate police department told reporters. He was not identified by name, and is scheduled to appear before a magistrate on Tuesday.

The police launched a large-scale manhunt for the 38-year-old before he contacted them through his lawyer, according to Die Welt. Police helicopters, tracking dogs and Special Forces were involved in the operation. The German news agency DPA reported that the suspect’s ID papers were found at the scene.

The law enforcement officials did not reveal the man’s identity but Die Zeit newspaper reported that he is a trained baker and confectioner, who owned a network of 11 bakeries. The company reportedly owned by his family for four generations had filed for bankruptcy in 2020. The man was previously known to police for “hit and run” car incidents.

Little is known about his suspected 32-year-old accomplice, though. The second man was arrested in the house of the prime suspect in Saarland, the police said. The officers also found some weapons in the house but it is unclear if they are linked to the incident in any way.

Police do not rule out that there might be further suspects in the case. The area surrounding the scene has been cordoned off and heavily armed officers in protective gear were seen patrolling the nearby towns and villages, Die Welt reported.

The incident itself is still shrouded in mystery. The two officers, a man and a woman ages 29 and 24, were on a routine traffic patrol when they stopped the suspects’ vehicle for a check-up early on Monday. They were allegedly shot as they approached the vehicle.

The officers were able to send a radio message reporting that they were being shot at, but did not specify how many people were involved. Germany’s tabloid Bild reported that a dead deer was found in the suspects’ vehicle, but a police spokesman did not confirm that information and called it a “rumor.”

Neither of the suspects has made any statements so far, and their motives remain unclear.