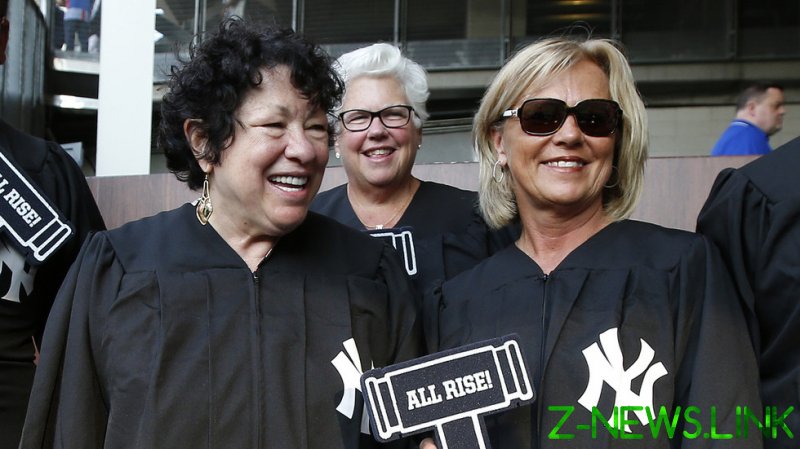 Supreme Court Justice Sonia Sotomayor has received backlash as well as fact-checks after she claimed during Friday’s oral arguments that more than 100,000 children were in “serious condition” from Covid-19.

Sotomayor’s estimations during oral arguments on President Joe Biden’s vaccine mandates were way off base, as fewer than 5,000 children are hospitalized with Covid and less than 100,000 have been hospitalized since August 2020, according to PolitiFact, which flagged her claims as “false” after heavy backlash on social media.

She also claimed the Omicron variant is “as deadly” as the Delta variant, a statement many health officials do not agree with, including White House health adviser Anthony Fauci, who’d only just said on Wednesday that “multiple sources of preliminary data” show a “decrease in severity” with Omicron.

Sotomayor also made headlines on Saturday after Politico published a photo in which it claimed the Supreme Court Justice was dining out only hours after working remotely from her chambers on Friday due to the pandemic. Senators Chuck Schumer (D-New York), Dick Durbin (D-Illinois), Amy Klobuchar (D-Minnesota), and Pelosi are pictured in the image at Le Diplomate, a Washington DC French restaurant, on Friday night. Some are masked in the picture, while some are not. All staff at the restaurant serving the lawmakers and the person said to be the judge, however, were masked.

The image led to a wave of fresh criticism for Sotomayor, most mentioning her Covid claims earlier in the day, though Politico later apologized for the “error,” as the person pictured in the photo was actually Iris Schumer, the wife of the Senate Majority Leader.