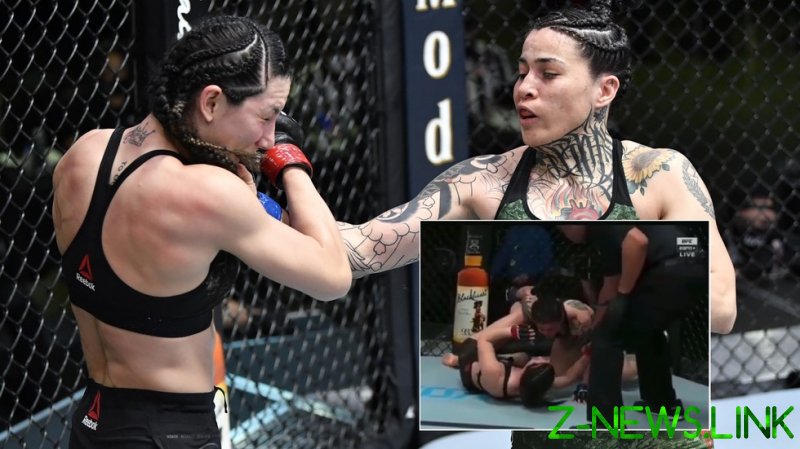 Ruiz earned a unanimous decision victory on the scorecards (29–28, 29–28, 29–27) in the pair’s strawweight bout, but despite the win being a first in the UFC octagon for the Mexican, much of the talk surrounded a contentious ending to the contest.

On the final buzzer, Ruiz appeared to taunt her opponent and, as Buys broke free from being smothered on the octagon floor, Ruiz was seen moving towards her foe’s face.

Ruiz then gave Buys the middle finger, and the pair also had to be separated from additional confrontation by Nevada Athletic Commission officials.

If Ruiz is to be believed, Buys was anything but respectful from the moment the fight was announced, which directly led to bad blood going into the bout.

“Everything got started when she insulted my wrestling and my takedowns,” explained former Invicta FC fighter Ruiz, who had been a late notice replacement for Kay Hansen.

“She said that I had stupid headlocks and stupid takedowns, and she said that she used to know me.

“I [said] to her that she didn’t know me and I’d give her a little help so she can taste it. I’m not the kind of person that likes to insult other people. I’m a homegirl.”