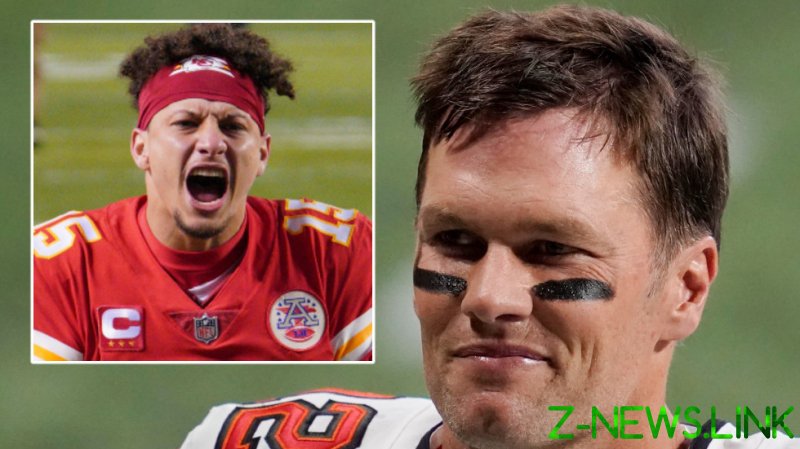 After two decades of unrivalled success and six Super Bowl rings alongside Bill Belichick at the New England Patriots, 43-year-old Tom Brady switched gears in the offseason and signed a deal with the unfashionable Tampa Bay Buccaneers – a team who hadn’t made the playoffs in 13 consecutive seasons.

And now, just months after the term “Tom-pa Bay” inserted itself into the vernacular of NFL fans across the globe, Brady’s resurgent Bucs have landed what is their first Super Bowl game since 2002.

It turns out success can be contagious.

Standing opposite Brady will be an opponent who has been forecasted not just as the great man’s successor in the sport, but perhaps someone who can even go so far as to eclipse Brady – the man who has been adjudged the greatest to ever do it.

In just three seasons as the starting signal-caller for the Kansas City Chiefs, Mahomes has stood alone as the best quarterback in the league – and on Sunday will attempt to become the first QB in more than 15 years to lead his side to consecutive Super Bowl wins.

The last man to accomplish that particular feat? You guessed it, Tom Brady.

Incredibly, if the Chiefs bypass the challenge of Brady’s Bucs late on Sunday night it will mean that Mahomes will have won two Super Bowls before he has even lost ten games in his career – a frankly ridiculous statistic (Mahomes’ career record is 44-9).

The Brady injection into Tampa Bay also brought with it a slew of stars who wanted to be able to say that they played ball with #12. They immediately reunited Brady with his most reliable receiver for a decade in New England, Rob Gronkowski – the tight end tempted from retirement for the opportunity for just one more season alongside the great quarterback.

The controversial former Pittsburgh Steelers receiver Antonio Brown was added to the mix on Brady’s request, while the likes of powerful running back Leonard Fournette was added to a roster which already included talented players like Mike Evans and the destructive linebacker Devin White.

In fact, arguments can be made that this Buccaneers side was almost genetically engineered to participate in showcase games like Sunday’s Super Bowl. Experience and talent are all well and good, but a winning mentality isn’t something that can be imparted by coaching. It can only come the hard way; through success, even if the Buccaneers organization is piggy-backing on it somewhat today.

But what of Mahomes and the Chiefs? Andy Reid’s side have been generally accepted as the best team in the NFL for each of the past two seasons and can solidify that status with a win on Sunday, but whereas the Buccaneers have laid their foundations on big money additions to their roster, the Chiefs have instead opted for grinding consistency.

Their three standout skill players – Mahomes, Tyreek Hill and Travis Kelce – are arguably the three best players in their position in the league and much of their success has come from the massive influence that the trio has over games. Reid, though, is an excellent head coach and has been a fundamental part in laying the foundation from which the likes of Mahomes have thrived.

But even with all of the big name players who will on the field this weekend, one suspects that the ultimate destination of the Vince Lombardi Trophy will be decided by one of Tom Brady or Patrick Mahomes – and with their all-time score currently standing at two wins apiece, their rivalry is very delicately poised.

We never got to see Diego Maradona share a pitch with Pele. Muhammad Ali never boxed Mike Tyson. Hell, we didn’t even get Khabib Nurmagomedov vs. Georges St-Pierre.

On Sunday, though, we do get to see Tom Brady and Patrick Mahomes square off – and fittingly for these two one-in-a-million players, the stakes couldn’t be much higher.