Subaru has revealed a new sedan version of the current generation 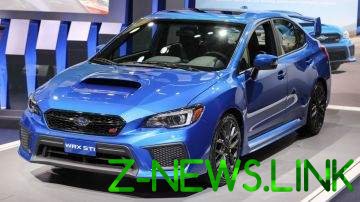 The special version WRX STI will be the final.

The company Subaru presented a farewell special version of “charged” sedan WRX STI current generation. It will only be available in the UK market. Just released 150 of these cars.

Subaru WRX STI got all innovations, which in January acquired modification of a sedan for the American market.

It is, in particular, the electronic control Central differential, 19-inch wheels, redesigned front bumper, Brembo brakes with yellow calipers, and black glossy inserts in the interior.

Along with this, all 150 of vehicles produced will receive a special badge with the words Final Edition. Each of the cars is estimated at 33 995 GBP.

“With the launch of new models and investment in platform and new engines, it was the right time in order to allow legacy WRX STI to contribute to future developments, rather than to be continued in its current state,” wrote in the Subaru. Does this mean that the release of “charged” sedan will be discontinued completely, not specified. 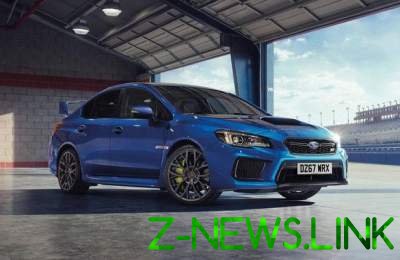 “Charged” sedan is equipped with 2.5-liter turbo engine, the return of which is 300 horsepower and 407 Nm of torque. The unit is combined with six-speed manual transmission.