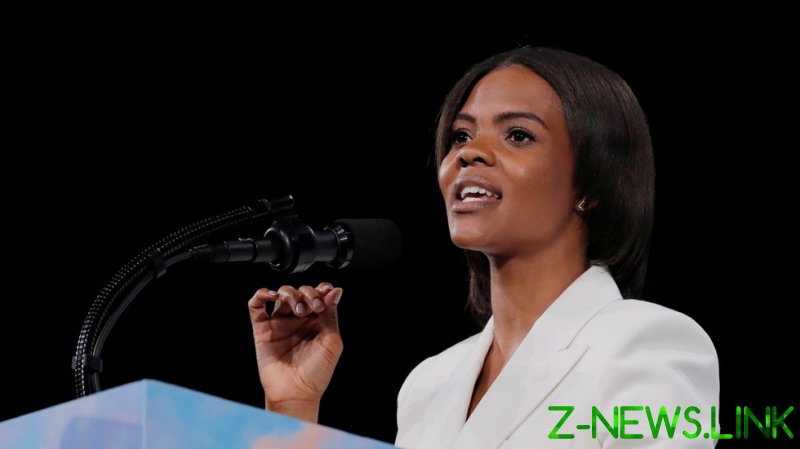 Students at St. Margaret’s High School in Tappahannock, Virginia were assigned this month by the Black Student Union to present projects on “black trailblazers” in honor of Black History Month. Julia Saville, a junior, chose Owens.

Saville, a chapter leader for Turning Point USA for which Owens used to work, told Daily Wire she joined the Black Student Union to get a different perspective on race issues in light of the Black Lives Matter movement.

“I just wanted to get their perspective and [understand] their experiences on campus,” she said.

Saville was not greeted so openly, however, after members found out she was presenting a project on Owens, who currently hosts a show for the right-leaning PragerU.

On the morning Saville was supposed to present her work, she received a school-wide email sent to all students and staff blasting her as “disrespectful” for choosing to highlight “racist” Candace Owens.

“Candace Owens is not someone we should be recognizing today especially during Black History Month when she has done absolutely nothing for the black community,” the classmate wrote, adding that the conservative commentator had “openly tried to degrade the struggles of the black community by telling the general public that America is not a racist country and that everyone who believes that it is is trying to divide America.”

She said it was “offensive” that Saville “sat down, thought about it, researched [Owens], and thought it was okay to do this.”

The email included a tweet from Owens saying she is not ashamed to support former President Donald Trump as proof of her “racism.”

Saville’s project ironically did not even focus on Owens’ politics, but instead on her faith and personal struggles with racist threats as a student.

Saville had also chosen to present projects on Ben Carson, Supreme Court Justice Clarence Thomas, and Harriett Tubman, which no one took issue with.

Since the email was sent to all staff and students, but was a matter for the Black Student Union, Saville’s father reached out to the head of the school saying his daughter had been slandered as a racist, but he was greeted with a shrug of the shoulders.

“Nothing is being done at all to correct the situation,” he told Daily Wire, adding that the classmate who wrote the email is facing no consequences.

Saville has now decided to walk away from the school.

“I didn’t feel threatened, but it’s definitely uncomfortable when you know that [my peers] all feel a certain way about me and don’t like me simply because of my political views,” she said.

Owens herself has not yet reacted to the student’s treatment, but other conservatives have slammed the high school for discriminating over politics, and this is hardly the first time a school has been accused of mistreating right-leaning students.

In another instance this month, detailed on The Megyn Kelly Show, a high school student was also shunned for her politics. The anonymous student, referred to as Jane Doe, a supporter of Donald Trump, was accused of being a racist by fellow students when someone noticed a sticker on her computer in support of police. Classmates then claimed Doe made numerous racist statements like “black lives don’t matter,” though she denies saying any of them. The Missouri high school she attended refused to do anything about the racist accusations, none of which were backed up with any evidence.

“Beyond Outrageous,” one user tweeted in reaction to Saville’s story.

“Candace Owens’s is strong and honorable. She is not racist, she’s just inconvenient to Democrats and their dividing tactics,” another added.