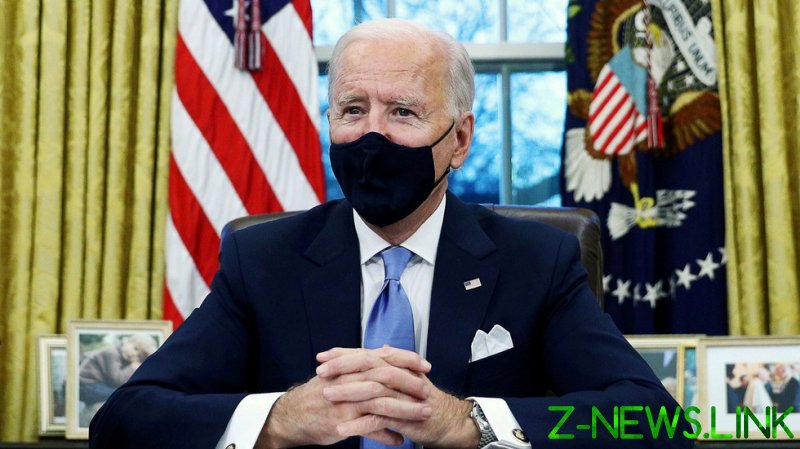 “President Biden believes that gender identity should not be a bar to military service and that America’s strength is found in its diversity,” the White House said in a statement on Monday. “This question of how to enable all qualified Americans to serve in the military is easily answered by recognizing our core values. America is stronger, at home and around the world, when it is inclusive.”

Retired Army General Lloyd Austin, who was confirmed by the Senate last week as Biden’s defense secretary, testified that all applicants who are fit, qualified, and can maintain the military’s standards should be allowed to serve.

Former President Donald Trump banned transgender enlistment in April 2019, claiming it would strengthen military readiness. He argued that troops seeking treatment for gender dysphoria would increase medical costs and create disruptions to their readiness to fight. The policy didn’t affect troops who were enlisted prior to that point. The Pentagon estimated that nearly 9,000 service members considered themselves to be transgender individuals.

Biden cited a 2016 study showing that allowing transgender people to serve in the military would have “only a minimal impact” on military readiness and medical costs. “The all-volunteer force thrives when it is composed of diverse Americans who can meet the rigorous standards for military service, and an inclusive military strengthens our national security,” according to the White House statement.

The move is in keeping with the Democratic Party’s focus on identity politics and had been pledged by Biden during his presidential campaign. The American Civil Liberties Union praised the executive order as “an incredible victory” and said it sends a message that “transgender people not only belong in our armed services, but in our country.”

Washington Governor Jay Inslee, who was among the candidates Biden defeated in the Democratic primaries, joined in with praising the decision, saying “our nation’s security is enhanced by the inclusion of qualified men and women to serve, regardless of color, religion, orientation, birthplace or gender.”

However, critics mocked the order as political posturing with no real-life importance. “But hey, trans people can now go and kill people in the Middle East, so progress,” one Twitter user quipped. Another commenter asked, “Does this include an all-expense-paid vacation to Syria?”