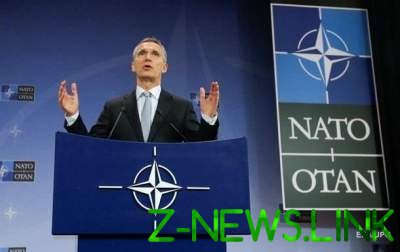 Between the Alliance members and Russia continue to exist a fundamental disagreement on the issue of Ukraine.

Ukraine largely determines the current relationship between NATO and Moscow. This was stated by NATO Secretary General Jens Stoltenberg after a meeting of the NATO Council-Russia.

“This conflict is very deep and very strong impact on the security and stability in the Euro-Atlantic region and remains the main cause of the current state of relations between Russia and NATO,” said Stoltenberg at a press conference.

See also:  Ukraine and China agreed on the repair of the route Odessa-Kherson

“Between allies (NATO – ed.) and the Russian Federation continue to exist a fundamental disagreement on the issue of Ukraine and resolve the Ukrainian conflict,” he said.

According to Stoltenberg, the Alliance remains a priority for the settlement of the situation in the East of Ukraine, but the situation remains “fragile.”

The Secretary General has noted the persistent heavy weapons near the demarcation line of the parties and difficulties for access of international observers to the conflict zone.

See also:  The regime has something to share with the people

“We welcome the ongoing diplomatic efforts in the promotion and implementation of the Minsk agreements by all parties, – said the NATO Secretary General. – Dialogue is not easy, but that is why it is so important.”