An hour and a half vzhavshis in a chair and gripping the armrests. Chair room converts into a seat of the passenger: the film begins with the subjective photography of the eyes of the driver watching the road and the traffic; then we see the driver through the eyes of a passenger – from this moment on, we are already on the hook with the Director, before the end of the film we will remain passengers in this infernal race.

Siegfried Kracauer, in his classic book “the Nature of cinema,” writes that the cinematic object is a movement and, in particular, the race, the chase. But if other Directors of the chase is only part of the movie that Spielberg made it the main plot axis. The chase turns into a clash of two forces, to drama, and in its existential version. 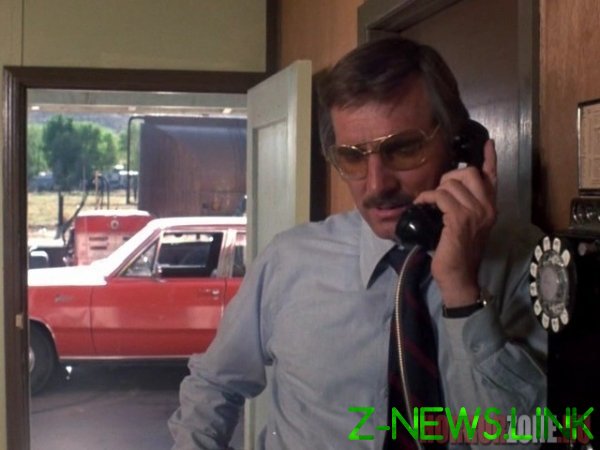 The images of the main protagonists masterfully built. On the one hand, victim: we know her face is average representative of the American middle class, apparently, the traveling salesman, family-oriented, conformist, a heel and a coward. On the other hand hunter: we did not see to the end of the film. If the victim is a person, hunter – a faceless anonymous, their cars – just the opposite. Red “Plymouth” victims unremarkable, standard machine standard person. Terrible and dirty truck by himself personality: show us his various plans and in a variety of angles, we can consider every detail, for example, a lot of rooms in different States, angled forward. The truck is not only alive, his supernatural speed (at the time, now all chase 90 km and more), and his behavior irrational. Gradually, the image of the truck takes on a biblical scale, it can be matched with the famous image of the Leviathan from the book of job. The death of the truck shown is epic as the death of a hideous beast. 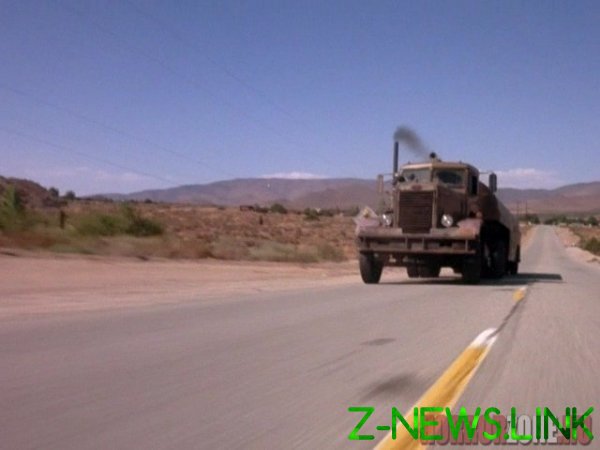 As you know, horror movies have their own story as a genre, borrowing it from a detective or melodramatic. Spielberg opens the new story of existential drama. The main character, living in a comfortable bourgeois world, is faced with an irrational force to which he is absolutely helpless. Following this, he loses confidence in himself as such, begins to feel abandoned, lonely and helpless in almost any situation – the children from the school bus, and before the visitors roadside eatery, and before the vast expanses of the United States. Though the hero survives, finding the strength and the determination of the risk at the borderline, his world and his personality is destroyed, and the film ends with the scene with open value.

Of course, not casual “Duel” got all their awards and became a cult. Brilliant Spielberg along with brilliant Matheson was able to create a masterpiece out of simple plot, almost no dialogue, no acting, no special effects and with a tiny budget. Glad that in the world there are such masters.