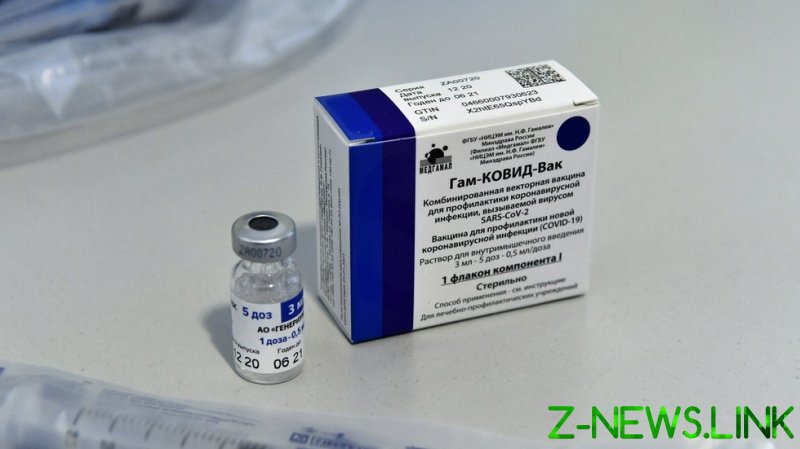 The European Medicines Agency (EMA) told Russian media on Tuesday that the scientific consultation process was now finalized. “As a next step, the company can prepare an application for a registration certificate” for the EU market, a source at the agency informed RIA Novosti.

Later that morning, the Russian Direct Investment Fund (RDIF), which financed the development of the formula, announced that it “has official confirmation from the EMA that the application was accepted.” How quickly it could receive final approval to be used is now up to the regulator.

In January, Brussels announced that it was considering the formula. The RDIF, which financed its development, told reporters at the time it had “filed for Sputnik V’s registration in the EU and expect it to be reviewed in February. Based on these reviews, the EMA will decide on authorization of Sputnik V for the EU.”

A number of member states have since expressed optimism about the prospect of access to the vaccine. Last week, German Chancellor Angela Merkel said she was open to Germany using Sputnik V after data published in the Lancet showed its effectiveness was 91.6 percent against the virus overall and 100 percent against severe cases. “We have received good data today from the Russian vaccine,” Merkel said. “Every vaccine is welcome in the EU, but only after it has been approved by EMA.”

At a meeting with counterparts in Moscow last week, the EU’s high representative for foreign affairs and security policy, Josep Borrell, lavished praise on the vaccine. The diplomat told reporters at a press conference that he wanted to “congratulate Russia on the success of this venture. This is useful for all mankind, it means that we will have more tools to fight the pandemic.” The former Spanish foreign minister expressed hope “that now the European Medicines Agency will be able to certify this vaccine for use in EU member states.”

Last week, European Commission President Ursula von der Leyen acknowledged a number of failures in its strategy to procure supplies and launch its immunization program. “In hindsight we should have given more thought in parallel to the challenges of mass production,” she said. There has been mounting pressure on Brussels due to the slow start to injections, with countries like Israel and the UK rolling out programs far faster despite, in theory, having smaller purchasing power than the bloc.

Also on Tuesday, the World Health Organization (WHO) expressed hope that Sputnik V would become one of the formulas supplied as part of the COVAX program, which aims to roll out vials to less affluent countries that have been unable to buy their way onto manufacturers’ order books. Around 190 nations such as Afghanistan, Namibia, and Ukraine are all posted to receive hundreds of thousands, or even millions, of doses.

Because of its ability to be stored at warmer temperatures and the fact its price tag is significantly lower than its equally efficacious competitors, the formula has been seen as a potential game changer for distribution to the developing world.