Denouncing the former Soviet leader, Senator cannon has forgotten his place in his retinue

The last leader of the Communist party of the Soviet Union Mikhail Gorbachev did not found an answer to the accusations of Senator Alexei Pushkov in geopolitical capitulation. Because the answer is really no describing Gorbachev’s role in the unification of Germany thirty years ago, the gun is absolutely right.

Giving consent to the absorption of the German Democratic Republic, the Soviet leader had no real opportunity to achieve reciprocal concessions. First of all, the rejection of NATO enlargement, which was promised German Chancellor Helmut Kohl, British Prime Minister John major, U.S. Secretary of state James Baker and other Western politicians. However, Gorbachev did not bother to make promises in writing and have become members of NATO, all former Soviet vassals, and then the Baltic republics. That is, if not geopolitical capitulation of the Secretary General and his team? Including the son of an employee of the Consulate of the USSR in Beijing, consultant of the international Department of the Central Committee of the CPSU and Gorbachev speechwriter Alexei Pushkov.

What would do in place of ardent accuser defeatists at least relatively decent person? Correct: would be gone from office, publicly saying what he thinks about the decision of the boss. And no risk: in the yard 1990 — no political repression! Except high salaries and official privileges would have to be abandoned. Comrade cannon did not want and continued to help Gorbachev to explain to the population his loyalty to the capitulation of the course. And then gain told among Kremlin recepisse “was a struggle for something to better Express what he wants to say to Gorbachev”.

Well, when he fell, found new owners. Since 1991, the gun – Deputy editor of the newspaper “Moscow news”, which, if criticized Gorbachev for the slow pace of the geopolitical capitulation. From 1993 member of the editorial Board of the American journal Foreign Policy, published by the Carnegie endowment for international peace (Carnegie Moscow center subsequently recognized as a foreign agent). Well, from 1996 — Deputy Director and head of the Directorate of international relations “Public Russian television” criminal oligarch Boris Berezovsky. Known among other things as one of the main organizers of surrender in front of Khasavyurt Chechen rebels Aslan Maskhadov and Shamil Basayev.

Now Mr. Pushkov stern patriot, who relentlessly trashes defeatists, not sparing even the former boss. Only in the light of his own biography, these accusations very similar to spitting lackey in the failed master to once again remind myself the new owner of the lordly mansion. Such indentured servants around the Kremlin are a dime a dozen. The most famous is the Chairman of the Union of cinematographers Nikita Mikhalkov. In the 1996 presidential election passionately campaigned for Boris Yeltsin, and now requires to recognize him as a criminal… someone has a doubt that in case of a fall, Vladimir Putin, Mikhalkov and Pushkov, the first rush to trample him?

P. S. the Material was published on the website “Free press”, hanging for three hours and mysteriously disappeared without a trace. They say people similar to Pushkov, protested that his plans for Putin came to light ahead of time. 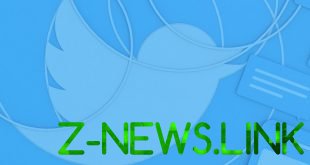 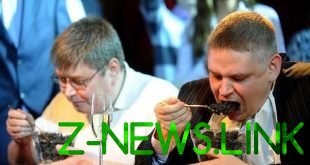