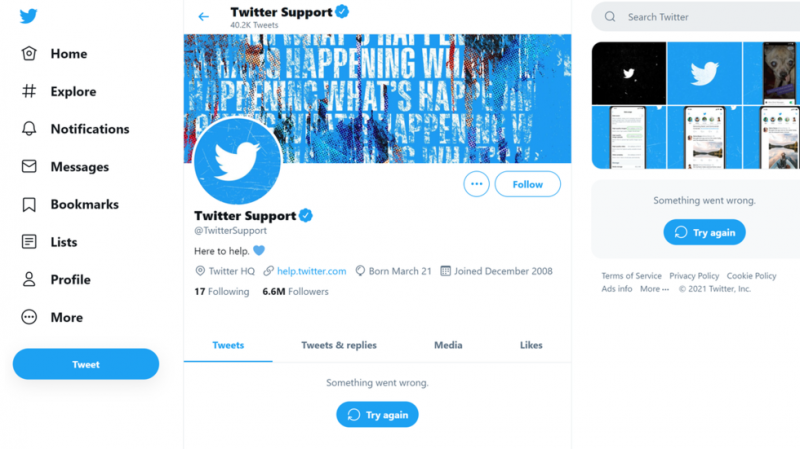 Attempts to access Twitter’s blog returned a text error message about “upstream connect error or disconnect/reset before headers” due to “connection failure.”

The service seemed to be back up for some users as of 5:27 pm Pacific. Twitter Support tweeted that they’re “working on fixing a problem and you’ll be back on the timeline soon,” about half an hour later.

Twitter’s blog was back online, but the most recent post remained the April 14 announcement about the “responsible, responsive, and community-driven machine learning (ML) systems.”

Twitter’s nearly 200 million daily active users occasionally experience difficulties accessing the site, but global outages are rare. The most notable recent crash was on October 15, 2020, just ahead of the competing TV town halls by US President Donald Trump and his challenger Joe Biden, and following the company’s decision to lock the account of the New York Post over its reporting of a scandal featuring Biden’s son.