Home / WORLD / Social justice warriors’ latest strategy in the culture war is to deny one even exists, and this deceit must be called out

Social justice warriors’ latest strategy in the culture war is to deny one even exists, and this deceit must be called out 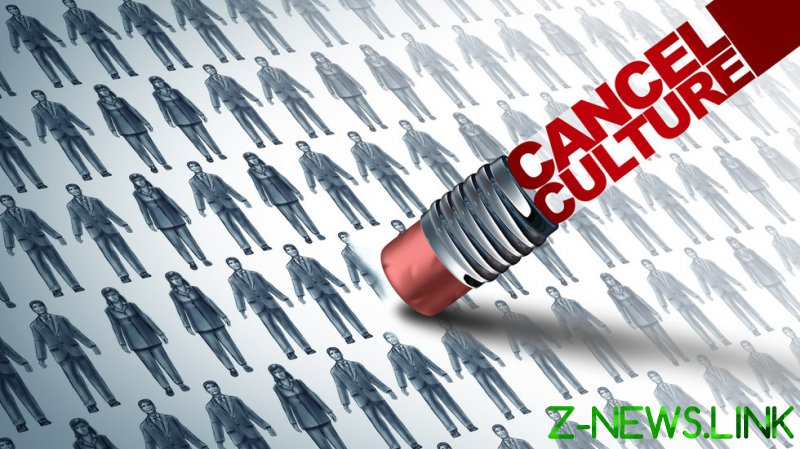 The social justice warriors have recently added a couple more strings to their bow when it comes to fighting the culture war. These tactics have been in use for a while, but over the past few months, have grown increasingly prominent. And we saw them again in operation this week, when Prime Minister Boris Johnson was eviscerated for having the audacity to comment on the row over what was played at the Last Night of the Proms – a controversy that was actually started by the left-leaning BBC.

Like all the best strategies in battle, these tactics aren’t overtly offensive, but aim to confuse and demoralise the enemy. One can only assume the movement’s thought leaders have taken a break from re-reading Robin DiAngelo and Ibram X Khendi and re-discovered Saul Alinsky and Sun-Tzu.

Their new two-pronged attack, aimed both at the conservative right and wider society, involves either denying there even is an ongoing culture war, or arguing that it’s a right-wing obsession/creation/conspiracy. Take your pick – they all work to delegitimise what’s actually going on.

The most charitable assessment of someone denying there’s a culture war would be to say they’re being disingenuous. We’re obviously in an all-out conflict that’s been “cold” for some time. More people are now aware of it, but the social-justice warriors have been engaged in it for decades, which is why the upper echelons of government bureaucracy, arts, culture, media and even, to an extent, science skew to the left. Now, though, the non-woke have woken up to it and started pushing back.

This is why the attack has shifted from obvious culture-warrior tactics to more underhand ones. And the most disturbing of these is to say there’s either no culture war at all, or to claim the other side is actually the aggressor.

To argue that the ‘right’, such as it exists in any coherent form, is the instigator in this conflict is palpably absurd. To paraphrase Basil Fawlty, the left ‘invaded Poland’ on this one, but this doesn’t sit well in their narrative. They’re the oppressed, or, at the very least, the voice of the supposedly oppressed, they claim, and it’s from this victimhood that they draw their power. But victims don’t do attacking, so now they’ve been found out, they claim they’re reacting to provocation.

This could be seen this week after BoJo waded into the debate over the performance of ‘Land of Hope and Glory’ and ‘Rule, Britannia!’ at the Last Night of the Proms. The decision not to have them played at all, and latterly to play them but without the lyrics being sung, was taken by the notoriously left-wing BBC.

This was a needless and open attack on British heritage. No one who goes to, or watches, the Last Night of the Proms wanted these songs axed. They’ve been a fixture for decades and are much-loved classics. The event is all about flag waving and pomp and circumstance; it’s patriotic in nature. Obviously, songs celebrating Britain are going to be on the running order – removing them was bound to cause an outcry, and it was all done in the name of social justice and equality.

But as soon as Bojo finally piped up and said, “I think it’s time we stopped our cringing embarrassment about our history … and this general bout of self-recrimination and wetness,” suddenly he was the aggressor.

A raft of Labour MPs, all of whom have been photographed kneeling to show their support for Black Lives Matter, piled in to accuse the PM of “starting a culture war.”

MP for Tottenham and professional race baiter David Lammy tweeted: “Boris Johnson will take any opportunity he gets to start a culture war in this pandemic because he wants to distract from his government’s relentless incompetence. The UK has suffered the highest Covid-19 death toll and the worst economic impact in Europe. This is pathetic.”

The aim of this is clear: they hope to get their way by suggesting the issue is an irrelevance no one cares about. But people do care about it, otherwise they wouldn’t be talking about it.

Also, to argue that Boris Johnson was the instigator in this furore is obvious nonsense, as it was the BBC that said it was planning to pull the songs, not the prime minister. This isn’t a rugby pitch – you don’t get booked for retaliation – so they can hardly have a go at people who are aggravated by this naked wokery.

If they can’t argue that the war has been started by the opposition, they then move to the even more ridiculous argument that no such war exists. This is most obviously manifested in the back and forth over ‘cancel culture’. The phenomenon clearly exists, as numerous people have been fired from their jobs for tweets or statements considered outside what’s deemed ‘acceptable’. The Conservatives can’t appoint anyone to any position of authority without the left suggesting they’ve basically hired Goebbels. This is observable fact.

The left argues that ‘cancel culture’ doesn’t exist by pointing to incidents where its efforts haven’t been successful. They will refer to the fact that Laurence Fox still gets acting gigs, Tucker Carlson still has a TV show, and JK Rowling wasn’t dropped by her publisher to say, “See! Cancel culture’s a myth!”

But this is like arguing that because Manchester United lost to Liverpool, Manchester City and Bayern Munich, football doesn’t exist. There are many instances of cancel culture taking effect lower down the food chain, at universities and in everyday life, that we don’t even hear about. That doesn’t even account for the more insidious aspect of cancel culture, which just stops people from saying what they think at all to avoid cancellation.

What they’re doing, in lefty parlance, is ‘gaslighting’ – attempting to manipulate those who disagree with them into questioning their sanity. The term comes from a 1938 play, and later a movie, called ‘Gas Light’, in which a husband convinces his wife she’s going insane.

Gaslighting today is evidenced by the constant changing of definitions of the likes of gender or racism. Everyone used to agree what these were, but in the mouths of the left, they’ve morphed into slippery, ephemeral things that change their meaning with the wind.

It’s imperative that this deceit is called out when it occurs, otherwise those who oppose them will cede ground without even realising it.