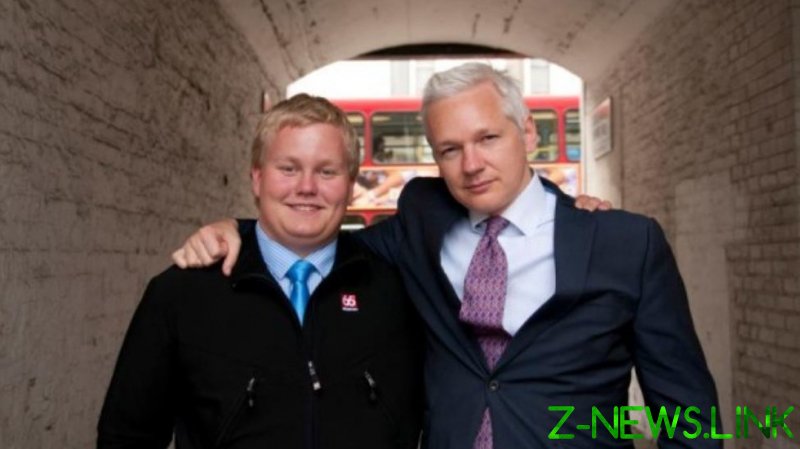 Sigurdur Ingi Thordarson, Icelandic citizen and former Wikileaks volunteer turned FBI informant for $5,000, has admitted to Icelandic newspaper Stundin that he fabricated important parts of the accusations in the indictment.

In an article published on Saturday, Stundin details several occasions of Thordarson now denying his own testimony, claiming that Assange never instructed him to carry out any hacking.

The newspaper points out that even though a court in London has denied extradition of Assange to the US on humanitarian grounds, it still sided with the US when it came to claims based on Thordarson’s now-denied testimony. For instance, the ruling says that “Mr. Assange and Teenager failed a joint attempt to decrypt a file stolen from a “NATO country 1” bank,” where “NATO country 1” is believed to refer to Iceland, while “Teenager” – to Thordarson himself.

However, he now reportedly claims that the file in question can’t exactly be considered “stolen” since it was assumed to have been distributed and leaked by whistleblowers inside the bank and at the time many people online were attempting to decrypt it. That’s because it allegedly contained information about defaulted loans provided by Icelandic Landsbanki, the fall of which in 2008 led to a major economic crisis in the country.

Thordarson also provided the publication with chat logs from his time volunteering for Wikileaks in 2010 and 2011, showing his frequent requests for hackers to either attack or get information from Icelandic entities and websites. But, according to Stundin, none of the logs show that Thordarson was asked to do that by anyone inside Wikileaks. What they do show, according to the newspaper, are constant attempts by the organization’s volunteer to inflate his position, describing himself as chief of staff or head of communications.

In 2012, Wikileaks filed criminal charges against Thordarson over embezzlement and financial fraud. He was later sentenced for both in Iceland.

Stundin also cites Ogmundur Jonasson, then-minister of interior of Iceland, who says US authorities were going out of their way to get Assange.

Assange has spent more than two years behind bars at Belmarsh prison in the UK. The US government has charged the Australian journalist under the Espionage Act, accusing him of leaking classified information in 2010. At the time, WikiLeaks published documents detailing abuses, including possible war crimes, carried out by the US military in Afghanistan and Iraq. Washington is currently seeking his extradition, and Assange could be jailed for up to 175 years if found guilty.

At the beginning of June, UN Special Rapporteur on Torture Nils Melzer called on the UK government to release the journalist, condemning his incarceration as “one of the biggest judicial scandals in history.”