Slipped from the moorings of normality 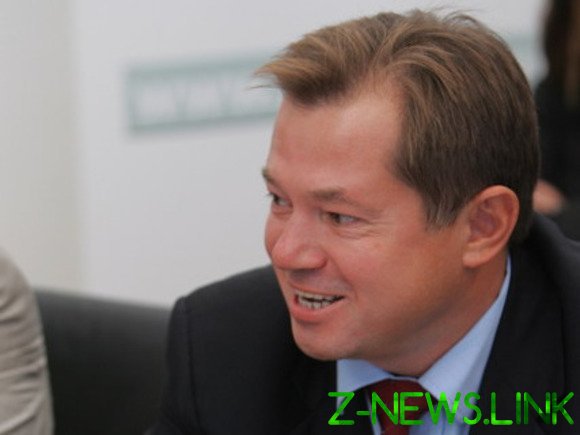 Acceleration matched marches in St. Petersburg and the fears of the adviser of the President about the domination of Jews in the Donbass has led to a discussion about the adequacy of the people in power.

Advisor to the President of the Russian Federation on regional economic integration, doctor of economic Sciences, academician of the Russian Academy of Sciences, AV 2004 candidate for President of Russia Sergey Glazyev published a text that has provoked a lot of discussion not only in Russia but also abroad. And not only in Ukraine, which mostly were dedicated, but also in the United States, Israel and even the EU.

The eyes in his author’s blog on the website of the newspaper “Tomorrow”, which is the liberal part of Russian society considers jingoistic and nationalistic, clearly went beyond its competence. For anybody not a secret that even before the outbreak of hostilities in the East of Ukraine Advisor to the President was actively involved in the internal Affairs of the country, but here it is one text managed to touch and even the Americans with the Israelis.

All who have read the text, agreed on the fact that the eye assumes that the refugees from Israel and Christian Europe can settle in the Ukrainian Donbass with the filing of the new authorities of Ukraine and U.S. President Donald trump, made friends with the Israeli “right”, that is, the current Israeli Prime Minister Benjamin Netanyahu.

Something like that before, slipped in a marginal Russian nationalist blogs, and flashed in the social networks — as a continuation of the old horror stories about “Judeo-Masonic conspiracy.” Like, some kind of international conspiracy wants to clean up the Donbass, to settle refugees from Israel. But publicly, in the media, said the Advisor to the President, the official face?

Not to mention that in his blog, Glazyev recalled the distribution of Russian passports to the residents of none of the unrecognized LNR and DND and the context was rather negative, because this measure could help “cleanse” the territory about people. Thus, he indirectly criticized his immediate superior.

Unsurprisingly, began a major scandal. Stir the Israeli foreign Ministry, press Secretary of Russian President Dmitry Peskov commented on the article to journalists, assuring them that nothing of the kind the Kremlin is not discussed and everything is written, if it ever was clear to readers properly, a personal opinion Glazyev. That, in turn, hastened to assure that it is clear it was all wrong. As rumor has it, the text, by the way, the eye was not written by myself, blog for it is another author, whose text of the presidential adviser too allegedly did not read, while in the Crimea.

However, this story rushed to exploit those who are in power are called “systemic liberals”, as well as the part of “conservatives” who think that pseudo-Patriotic frenzy some of their colleagues have lost the value and it already has a negative impact on the stability of the political system. They remembered another recent history — acceleration matched may day March in St. Petersburg.

Then very quickly appeared the rumors that the order to disperse was given by the acting Governor Alexander Beglov, and that this “gift” he made subordinates who are not interested in the election and thus expected to cause an increase of the rating from the acting head of the region. Beglova allegedly trying to expose the completely inadequate or he really is not quite aware of their actions. In any case, the result is “destabilizing” the situation in the city, where the autumn coming not only the Governor, but the municipal elections that the government could lose.

Against this background, there were rumors that in a presidential environment there is a rather large group of people, which only hinders the stability of the political system. And supposedly, the President may by this group in the near future to deal with. Hearing this is quite serious, it is unclear just one, truthful or whether it simply expresses the hopes and aspirations of those in power who consider themselves “anchors adequacy”. And if the second — that will clean out any time soon themselves.