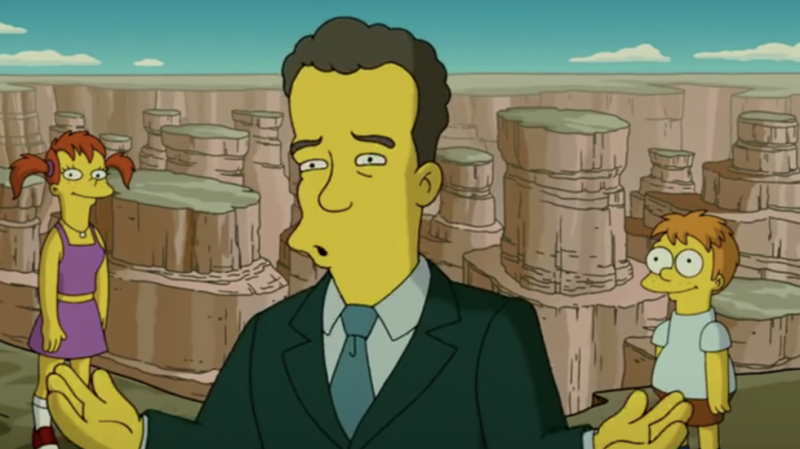 President Joe Biden’s presidential inaugural committee is marking his first year in office by blasting out an ad featuring Academy Award winner Tom Hanks. It was paid for with millions in leftover inaugural funds, according to a Thursday report from Axios.

In a statement to the outlet, the inaugural committee said it felt it was important to “celebrate the strength and perseverance of the American people” one year into Biden’s presidency.

The ad, which is being broadcast on television throughout the day, features a handful of Americans speaking positively about the last year, including Sarah Lindsay, the first person to get the Covid-19 vaccine in the US.

“I can feel the change,” Lindsay says.

Hanks’ involvement, however, earned plenty of mockery and scorn as some recognized it as a ‘Simpsons’ moment “in real life,” referencing Hanks’ cameo in 2007’s ‘The Simpsons Movie.’ Hanks appears as himself in the cartoon and uses his charm as a star to make an informational video telling the characters their hometown will soon be destroyed by the government. Some even referenced Hanks’ opening line from the movie.

“You know he’s in trouble when he’s rolling out Tom Hanks,” the Daily Wire’s Ben Shapiro tweeted in reaction.

Hanks himself claims in the video that the economy is “getting better,” exclaiming that businesses are reopening and jobs are being created as we move into “year three of the pandemic none of us wanted.”

“We are stronger than we were a year ago today,” says Hanks, who also participated in inauguration celebrations for Biden last year.

Biden agrees with the actor when he appears in the video. While the president is facing cratering poll numbers amid multiple crises, including the pandemic, he still claims that he’s “never been more optimistic about America’s future.”