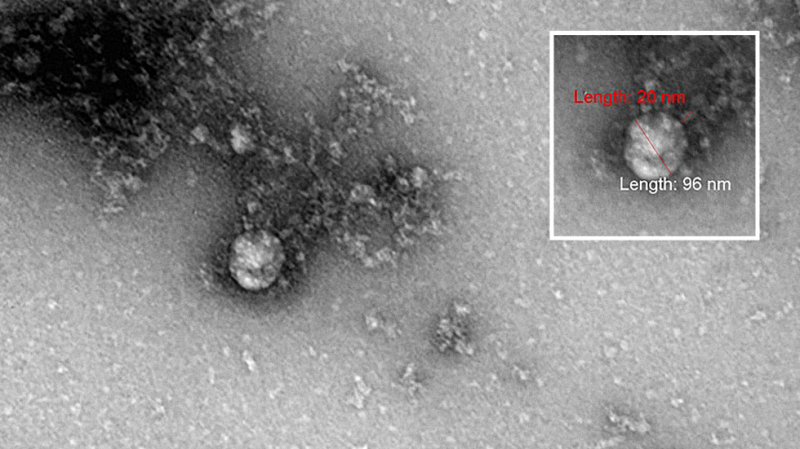 According to Rospotrebnadzor, the country’s health watchdog, the photo was taken under a microscope as part of an ongoing study into coronavirus, “including its structural features and manifestations in cell cultures.”

The research revealed that PCR tests reliably detect the British strain and also confirmed that the mutation doesn’t change the effectiveness of the center’s EpiVacCorona formula. After Gamaleya’s Sputnik V, EpiVacCorona was the second Covid-19 vaccine registered in Russia.

On January 10, Rospotrebnadzor head Anna Popova revealed that the British mutation had been detected in Russia after a traveler arrived from the UK. More than 7,000 people flew from Britain to Russia in the period from late November to December 22.

“It was found in only one person who felt and is now feeling well. He had no symptoms,” she told TV channel Russia-1.