Home / Incident / Shooting in the market in Kiev: the police commented on the situation

Shooting in the market in Kiev: the police commented on the situation 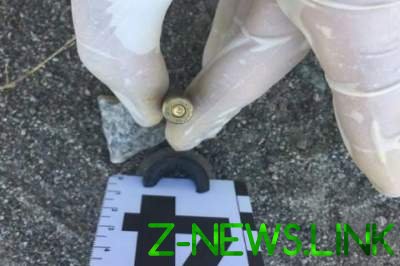 At the scene was discovered the sleeve.

Shooting near one of the markets in Kiev, occurred on Wednesday, August 15, was splanirovano in advance.

This was told in the press service of the Main Directorate of the National police of Kiev.

According to law enforcement officers on the scene were found the liner that will be sent for examination. Previously it is established that the shots were fired from a traumatic weapons.

See also:  In Kharkiv, the police found 4-year-old boy in the house without water and gas

It is also reported that of the Mercedes, which was detained near hydro, withdrew a smoke grenade and a bulletproof vest. And BMW, which is found at the scene of the conflict, has been kidnapped and is wanted in Obukhov.

The police stressed that the meeting was pre-planned, and active participants in the conflict know each other. Upon incident the criminal proceedings.

See also:  In Krasnodar collided with a motorcycle and a police car: several dead