Seven of the world’s most famous walls. Photo

Not only Chinese wall is famous all over the world.

For millennia, people have built walls. Some buildings have already erased by time. Others have appeared recently. We already wrote about the Chinese wall. Now decided to go through another seven most famous walls in the world.

The Walls Of Sacsayhuaman (Peru) 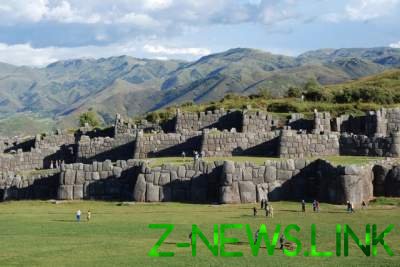 The name comes from the South American language of Quechua people – literally “satiated hawk”. And legend has it that the capital of the Inca Empire in ancient times, “entered the land of the Golden rod” the first Incas – Manco Capac. When his descendants at the turn of XV-XVI centuries had built the House of the Sun on the hill was surrounded by a Shrine of the three toothed zigzag walls made of blocks and boulders gray okisnogo of limestone with no bonding mortar. And in terms of the city of Cuzco resembles a sacred animal of the Incas — the Puma. The walls of Sacsayhuaman — the teeth in her mouth.

Worked more than 50 years. The most vulnerable area was covered with the wall 400 ft. long and raised 6-b. Cleared the parapets, behind which the warriors. Entrances blocked lifting stones. According to the testimony of Inca Garcilaso de La VEGA, who composed the “History of the Incas”, the “teeth” of the walls, running through the breaks, as if staggered, are allowed to drive forwards in the crossfire.

From 1983 on the walls of Sacsayhuaman, protected by UNESCO. 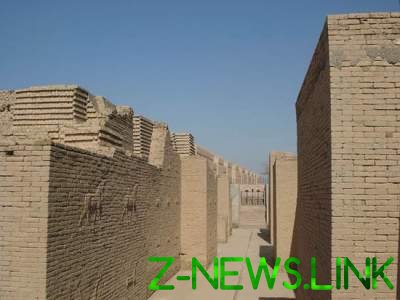 Babylon – “gate of the gods” and “first metropolis” of Ancient Mesopotamia. Defended by a moat with a width of 80 meters and three impregnable zones of the walls. The earliest include a Large and orange. Mention of them is only preserved in cuneiform the time of the first dynasty – Sumabura.

The main wall — Imgur-Enlil (with a total perimeter of more than 8000 m) is fragmentarily preserved until now. It is dated the finale kositskogo the period when Mesopotamia appeared symmetrical layout of settlements. The l-Enlil is thinner and lower in the shaft. Both after the Pyramids of Giza are considered to be the second oldest of the 7 wonders of the world. Nebuchadnezzar II in the era of neo-Babylon Kingdom — circa 600 BC — added the “East hook”. Brought the thickness of main to 5.5 m. Dig trenches to groundwater. On the Western side of the Euphrates, founded a new town and was surrounded by walls. So rose the monolith of a quadrangular fortification, through which the river flowed. In the suburbs he built the outer wall, creating additional shelter.

Boundary of the Roman Empire in its heyday and a UNESCO world heritage site. Named after the Roman Emperor Hadrian, who took the throne in 117 ad, and transformed the “Shaft” in one of the most ambitious of their projects and most iconic British monument of antiquity.

Was built by three legions of stone and peat with 122 for 126 years. The reason is the incessant raids of the Picts (painted) and units brigantes Celtic tribe that inhabited the lands of Scotland. Length 120 km, width – about 3 m, height from 4.5 to 6-I. Crossed the island in a narrow isthmus – along the border zone of the fortress Singidunum from the river Tyne to the Solway Firth. Supplemented by a chain of FORTS that can accommodate from 60 to 1,000 soldiers. Separated from each other at 1300 m. after every 500-tons — and even signal towers.

With the Adrianova American novelist George Martin “written off” the Ice for his fantasy series “a Song of Ice and fire”. 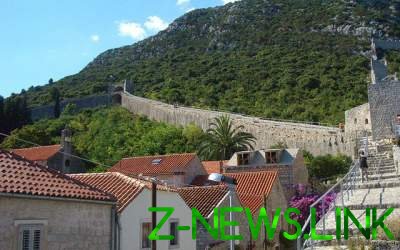 “Wall of the Mediterranean” — Europe’s longest 7 km. After the earthquake of 1667 left is 5.5. When it started to build a Venetian master in 1334-m, Peljesac Peninsula came under the jurisdiction of the Republic of Dubrovnik.

Then the protection needed not only the town of Ston, but also a unique salt deposits. In 1506 m in the construction of the wall, zakopalova narrow passage to the Peninsula from the mainland, set point, strengthening 40 towers and 5 fortresses. By the time the salt works has brought the country 15 900 ducats a year.
Now the wall crowds of tourists, not a halberdier, guarding the “white gold”.

The great wall of Kumbhalgarh (India) 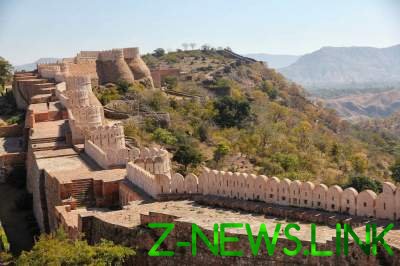 “Great wall of India”. In ancient times it was called the “eye of Mewar” (Guardian of Death). The oldest and second continuous lengths on the planet – 36 km, Width — 4,5 m. 7 gate 700 bastions, Fort Kumbhalgarh and over 360 temples. Located in the Central part of Western Rajasthan. At an altitude of 1050 m. the Aravali mountains.

Built more than 100 years. The 1143-m, collapsed. And then, according to legend, the guru of the ruler Rana Kumbha predicted that the wall will not stand until you coax the gods. And some pilgrims brought the sacrifice. On the site of his grave was erected by the main gate. 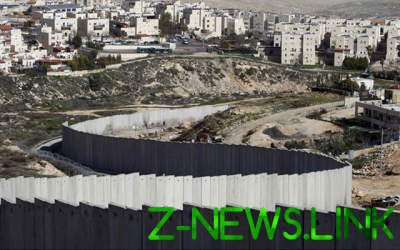 703 km with a 60 metre right-of-way began to hold Israel along the West Bank of the Jordan river during the Premiership of Ariel Sharon in 2003. Only 25 km around Jerusalem – made of reinforced concrete. The rest – the usual metal fence with barbed wire and motion sensors. Protect border towns from Palestinian terrorist attacks, shelling, snipers and allows you to mix Arabs with the Jewish population.

The Hague court has recognized “barrier” violation of international law, but the number of attacks halved

The Walls Of Constantinople (Turkey) 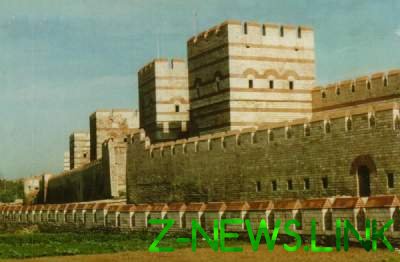 When in the fourth century ad Constantine the Great founded on seven hills, the town of his name, ordered to erect a wall to protect from the raids of barbarian tribes. When in the V century the throne of the Eastern Roman Empire took Theodosius II, the city has stepped over the line Semikolenova, and the barbarians did not calm down. And with 408-in the 413 was the construction of new defensive ridge length 5630 m. After the earthquake of 447, it reinforced and dug a wide moat.

Height of the inner wall, 12 meters Width – 5-b. The 100-towers 20 meters in height go through every 55 m. the Outer wall is lower and thinner. Of the 96, and its towers – 10-s travel. One triumphant in her Golden gate — three marble arch is crowned by a winged allegory of Victoria. The average wall length of 1250 m is the most vulnerable. They were stormed in 1453 during the siege of Constantinople, Mehmed II.