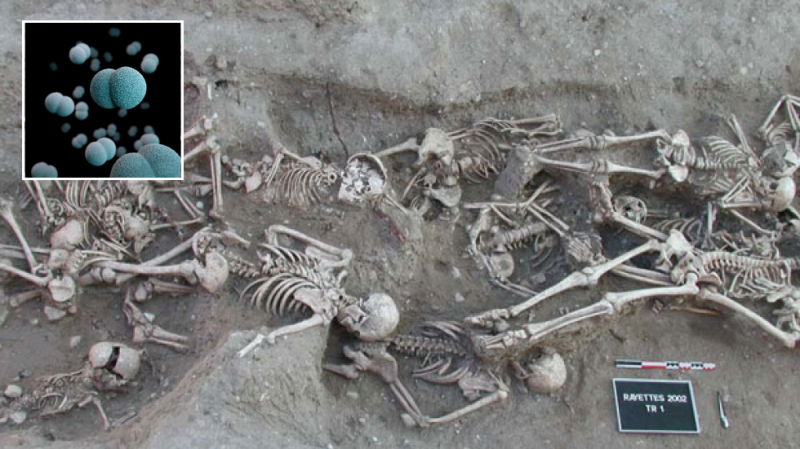 Researchers from Kiel University in Germany revealed on Wednesday that a strain of the bacterium, known as Yersina pestis, dating back millenia, had been discovered in samples taken from the remains of a hunter gatherer in the Baltic nation. As part of a paper published in the Cell scientific journal, they say the man, estimated to have been in his 20s, lived around 5,000 years ago.

In a revelation that could have implications for the understanding of current and future pandemics, the academics say that this early variant was likely less infectious and deadly than the one that ravaged Eurasia thousands of years later. The Black Death, spread by rats and fleas, is estimated to have killed between 75 and 200 million people from 1347 to 1351.

In a catastrophe of almost unimaginable proportions, the Great Pestilence, as it is sometimes known, is thought to have wiped out 30-50% of Europe’s entire population.

Ben Krause-Kyora, one of the team behind the findings, told New Scientist magazine that the bacterium might have started off as a more benign infection, before evolving to become more deadly. “It was maybe a more chronic, more omnipresent infection. It caused, for sure, some deaths, but it’s maybe not as severe as it became in the Middle Ages,” he said.

However, high concentrations of bacteria isolated from the fragment of skull suggest, the researchers say, that the Latvian prehistoric man was one of the unlucky ones. “To have a close look at the early evolution of this deadly pathogen is really interesting,” Krause-Kyora added. “We see it was more chronic and harmless in the beginning before it became a more deadly disease.”

This hypothesis is contested though, with groups at other universities saying there isn’t yet sufficient evidence to understand whether the the first infections were more survivable.

Earlier this month, Russian scientists announced they had resurrected an ancient microscopic organism, known as a rotifer, from its state of suspended animation in the frozen permafrost under a river in Far East Siberia. The invertebrates, thought to be around 24,000 years old, were even shown to be capable of reproducing asexually after being thawed out.