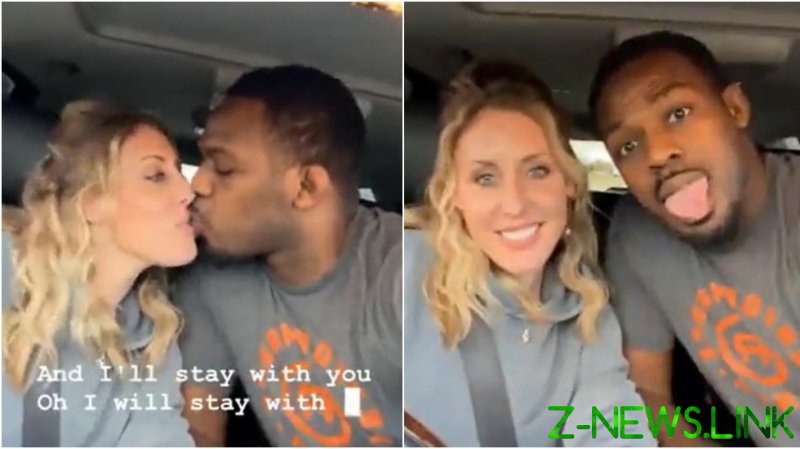 Jones, the former longtime light heavyweight champion, has been no stranger to outside-of-the-cage infractions throughout his record-breaking UFC career, having fallen foul of both the law and the sport’s drug-testing authorities on several occasions throughout his ascent to the summit of the sport.

The 34-year-old was arrested in Las Vegas last week, just hours after he was inducted to the UFC Hall of Fame for his classic UFC 165 scrap with Alexander Gustafsson, after he allegedly pulled his fiancée’s hair and later head-butted a police car.

Police also detailed that Jones’ fiancée and partner of 17 years, Jessie Moses, had a bloody lip – with the mother of Jones’ three children telling cops that the UFC star was a “little” physical with her, but denied that he had struck her.

Las Vegas Police also reported seeing blood on the bed sheets inside their hotel room. Moses did not allow any photographs to be taken of her or consent to a voluntary interview about what had happened.

The police report also indicated that Jones cried when he was charged by police, with officers describing his behavior as “like an emotional rollercoaster“.

But as yet another wave of negative publicity surrounds one of the UFC’s greatest-ever fighters, Jones has taken to social media in a move which appears designed to overshadow the latest accusations against him – and fight fans aren’t buying the image of him kissing Moses along with the text (a quote from a John Legend song): “And I’ll stay with you. Oh I’ll stay with you through the ups and the downs.”

Some observers found the images uncomfortable, with one person writing: “OK dude, WTF is this?”

“Fake a** video that he has posted with his wife,” another person wrote elsewhere.

Others claimed the clip was “bizarre” and even “disturbing.”

Jones has made a single statement since the arrest, indicating online that he will stop drinking alcohol – something he says that his brain “can’t handle” anymore – but some are seeing this as just the latest in a string of false contrition from the fighter who has been arrested on several occasions in the past, including a 2020 one for DWI and the negligent use of a firearm in Albuquerque, New Mexico.

He was also stripped of his world title in 2015 after being involved in a hit-and-run accident during which a pregnant woman’s arm was broken. Jones fled the scene but later surrendered to authorities.

Jones will learn more about what potential punishments he may face at his upcoming court date on October 26, but that reference to John Legend’s song ‘Stay With You’ is an interesting one – because with Jon Jones, there’s been a whole lot more downs than ups lately.