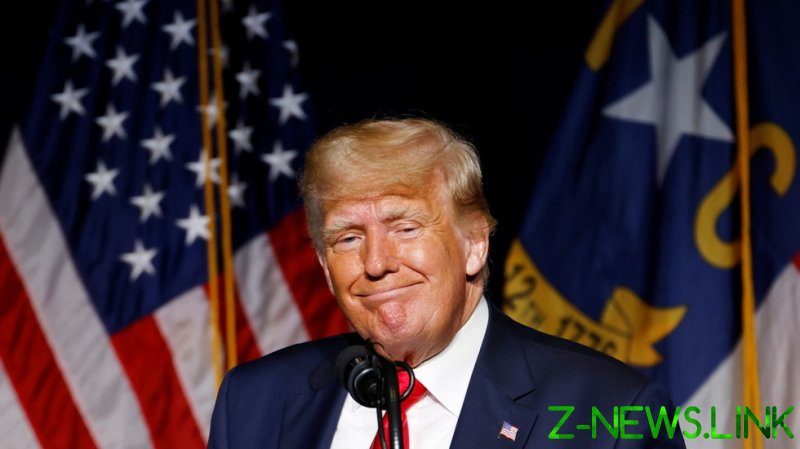 Joshua Hall, 22, was arrested on Tuesday in Mechanicsburg, Pennsylvania and charged with wire fraud and aggravated identity theft, the Department of Justice announced. His offenses were listed as “impersonating family members of the then-President of the United States on social media to fraudulently raise funds for a fictitious political organization.”

“Hall led hundreds of people to believe they were donating to an organization that didn’t exist by pretending to be someone he wasn’t, as alleged,” said FBI assistant director in charge of the New York office, Bill Sweeney.

Charges against Hall do not actually mention Trump by name – only “the individual who was at that time serving as President of the United States” – nor do they name his group, referred to only as “the Fictitious Political Organization.”

Details of Hall’s alleged scheme can be found in the New York Times of all places, which published a story about him back in December 2020. Interviewed by the newspaper, Hall admitted to impersonating multiple people on Twitter and operating a GoFundMe account for a group called ‘Gay Voices for Trump’, raising $7,384.

The Times said Hall had admitted the group didn’t really exist, and that the money was still with GoFundMe – but the company said otherwise.

Among the people Hall impersonated on Twitter were Trump’s brother Robert and son Barron (who was 14 at the time) as well as his sister Elizabeth. It was the sister’s fake account that attracted the 45th president’s attention – he retweeted a post from ‘her,’ adding a “Thank you Elizabeth!” and “LOVE.” His fake profiles had accumulated almost 160,000 followers, according to the Times.

Hall had also impersonated the White House coronavirus response coordinator Dr. Deborah Birx. In mid-November, after the Joe Biden-Kamala Harris ticket was declared victorious by the media, he tried to pose as Harris’s father, declaring her “dangerous for our democracy.”