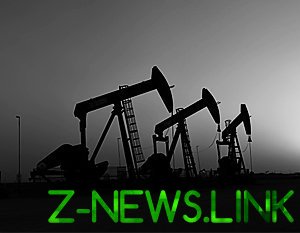 The next OPEC meeting+ ended with good news for oil prices and the Russian ruble. Oil exporters decided to reduce production volume in the first quarter of 2020. But to the surprise of all Saudi Arabia, which voluntarily decided to produce less than required by the transaction. The Saudis can easily yielded to Russia the lead in the production. Why is the Kingdom so hard?

Saudi Arabia has pledged to reduce production to 167 thousand barrels to 10,144 million barrels per day. Curiously, it actually does not affect the current level of production in the country because the Saudis and so constantly over-fulfilled their obligations. In October, Saudi Arabia has produced all of 9.89 million barrels a day, which is less than the reduced level in the first quarter under the new deal.

Of course, this news could not greatly raise the price of oil. Immediately after the announcement of the transaction, the Brent oil rose by 2% to almost $ 65 per barrel. But apparently this to the Saudis enough. They need a more expensive barrel. Therefore, later followed by clarification, that Saudi Arabia voluntarily reduce production by another 400 thousand barrels a day and is ready to get only 9,744 million barrels. The only prerequisite for this is compliance with the transactions by all its members. Thus, oil production by OPEC countries+ in the first quarter may not fall by 1.7 and 2.1 million barrels per day.

Russia as part of the transaction needs to cut oil production, non-condensing (according to the method OPEC), 300 thousand barrels per day from the level of 10,626 million barrels per day. Thus, Saudi Arabia has conceded to Russia the right to be the largest oil producer.

The decision of OPEC+ and the Saudis in General can be called excessive. If OPEC+ just leave it as it is, that is the current level of production cuts, the decline in oil prices hardly would expect. But the Saudis are willing to give up their market share only to as possible to raise the price of oil. There’s a simple explanation.

Saudis need an upbeat background and positive vision for the future to be more profitable to release its oil company Saudi Aramco in public life.

In the first stage of the IPO was placed 1.5% of the shares. On the eve of the oil companies told how many were able to attract for these shares and how much in total was evaluated by the investors of the oil company. Saudi Aramco set a world record, to gain for the sale of 1.5% stake of 25.6 billion dollars. This means that the entire company investors have valued at 1.7 trillion dollars. The placement was held by the upper boundary of the price corridor.

See also:  In Ukraine can significantly increase rates on deposits

It was the largest IPO in world history. The previous record was set in 2014 Chinese Internet company Alibaba, which raised $ 25 billion by placing shares.

Thus, Saudi oil company became the world’s largest public company by market capitalization. Saudi Aramco has bypassed on this indicator of American leaders – Microsoft and Apple whose capitalization is 1.06 and 1.01 trillion trillion dollars.

On December 11 planned start of trading shares of Saudi Aramco on Saudi stock exchange Tadawul. And next year, even do not exclude the offering of shares of the Saudi giant on one of international stock exchanges – new York, London, Hong Kong or Tokyo. And the best that I can do the Saudis is to create a comfortable oil conditions for the beginning of the public life of their offspring. If the investors have a negative view on the prospects of the oil market, it can hurt trading Saudi Aramco. Rumors that OPEC may cut production half a million barrels per day, which had started to go to the real deal, could largely help Saudo Aramco to accommodate so expensive.

In addition, low oil prices hit the budget revenue of Saudi Arabia and makes too quick to spend their own reserves. The Saudis, in contrast to Russia, for example, still live as if the oil costs $ 90. Conclusion Saudo Aramco, the IPO itself was a result of the financial problems of the Kingdom.

“From the point of view of many OPEC countries is a rational decision – state budgets, many of them heavily dependent on oil revenues. For example, the Saudi budget is balanced at an oil price of Brent of about $ 90 per barrel, and a possible price drop will inflict much more significant damage than the relatively small decline in exports,” – said a senior analyst at the Center for economic forecasting of Gazprombank, Kirill Kononov.

One could, of course, do nothing further, given the expected problems in the market, which could adjust prices. No one doubts that the world economy next year will continue to slow down, resulting in reduced demand for energy. However, a trade war with China that is gaining momentum, there is hope for a peaceful first round this year. It will all end and how will it affect oil, it is not clear.

In most OPEC+ I think next year will be the end of “Golden age” of American shale oil, which, however, does not mean the resignation of the chief a new opponent. Shale oil production is expected to slow down, but this does not mean that it will cease to grow. Neither that, nor another is not news, so it’s not really supported the oil market in recent years. OPEC+ officially stated that the fear of oversupply of oil in the first and second quarters of the year 2020, which could put pressure on prices. “We do see some risks of oversupply in the first quarter due to lower seasonal demand for refined products and crude oil,” said Russian Minister of energy Alexander Novak.

Riyadh decided to err and to provide support to oil quotations. The Kingdom will continue to do everything to ensure that Saudi oil giant was left with most expensive quotes Saudi Aramco will find permanent support in the actions of the authorities in the oil market, according to senior analyst “BCS Premier” Anton Pokatovich.

According to him, if OPEC+ rejected the idea of further reduction of oil production and leave the current transaction without changes, the oil would finish the year at levels in the 60 to 64 dollars. The sharp fall in oil prices would not be. But the Saudis need the price increase. The new deal on production cuts will allow oil to finish the year in the range of 64-68 dollars per barrel, according to Pokatovich.

The ruble price of a barrel of Brent crude the day before has risen in the area of 4,1 thousand against 4 thousand a week earlier. The rising oil prices helped the ruble to get stronger. Before the dollar went to at least 8 November and cost 63,61 the ruble and the Euro to the low of November 25 and was worth 70.3 ruble. However, further strengthening of the ruble in the near future called into question due to geopolitical factors. There is a risk that the ruble may again go for 64.

In addition, the end of the year is traditionally accompanied by the weakening of the ruble due to the demand for the currency before the New year and the growth of ruble liquidity in banks. On the other hand, the ruble is also supported by the decision of the Ministry of Finance about reduction of purchases of foreign currency on fiscal rule 2.1 billion rubles a day before the 195,5 billion roubles in the period from 6 December to 14 January 2020.