Home / WORLD / San Francisco looks to rename 44 schools, expunging the likes of Washington, Lincoln and even FEINSTEIN for their impurities

San Francisco looks to rename 44 schools, expunging the likes of Washington, Lincoln and even FEINSTEIN for their impurities 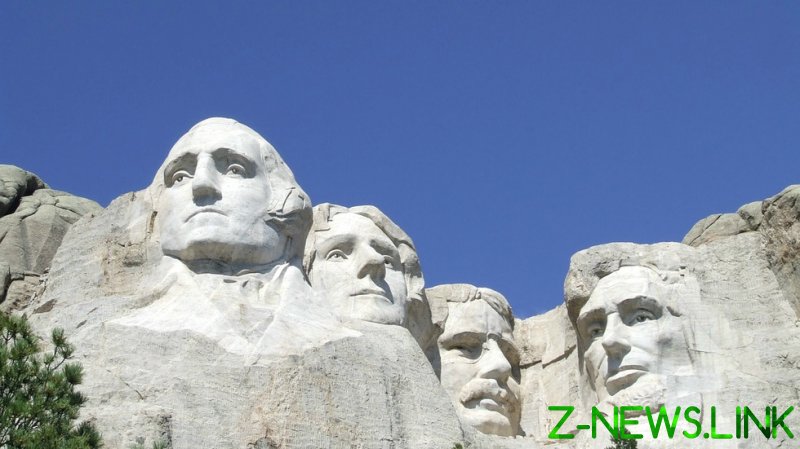 The city’s school board is looking to rename as many as 44 of the 125 public schools in its district after a panel of community members appointed to study the issue found their namesakes to be problematic by today’s standards of woke conduct, the local ABC television affiliate reported. The committee’s review criteria targeted colonizers, slave owners, perpetrators of genocide, racists, human-rights violators, environmental abusers and those who oppressed or abused women, children, gay or transgender people.

Three of the four men whose faces were sculpted on Mt. Rushmore failed to measure up, including the president who pushed through the constitutional amendment abolishing slavery in the US. The committee found all three to have connections to slavery, genocide or oppression, so Abraham Lincoln High School, George Washington High School and Jefferson Elementary may be renamed.

Roosevelt Middle School also was put on the renaming block after Franklin Roosevelt, the only four-term US president, was deemed problematic. Even US Senator Dianne Feinstein was found to have insufficient moral purity, meaning Feinstein Elementary may get a new name. The staunch Democrat was faulted for reportedly replacing a vandalized Confederate flag back in 1986, when she was San Francisco’s mayor.

Other namesakes who didn’t make the grade included Paul Revere, the revolutionary silversmith who warned of the British invasion in 1775; Francis Scott Key, who wrote the lyrics to the national anthem; and abolitionist poet James Lowell.

One committee member also pushed – apparently unsuccessfully – for the canceling of Thomas Edison Elementary because the inventor electrocuted stray dogs and cats in demonstrations of his findings.

The school board has asked principals of the affected schools and parents of students to submit suggestions for new names by December 18. The board plans to vote on any name changes in January or February. It may decide to keep the current names of at least some of the 44 schools targeted for renaming by the committee.

The renaming push comes amid a left-wing war on history that has toppled statues ranging from Confederate generals to founding fathers to President Theodore Roosevelt to an iconic elk that had stood in downtown Portland for 120 years. San Francisco’s school board voted last year to cover up 1930s murals at George Washington High School because they depicted slaves and a dead Native American man.

Local media reports noted opposition to changing school names, including a statement by San Francisco Mayor London Breed that devoting resources to the initiative is “offensive” given that the buildings remain closed to in-person classes amid the Covid-19 pandemic.

Twitter commenters were more focused on the mental state of San Francisco’s decision-makers, calling the move “more sickness,”“coocoo” and “going too far.” Others suggested new names that might be more appreciated in San Francisco: including Lenin, Stalin, Marx, Mao, Pelosi and George Floyd.

One observer said the controversy reflects a broken political system: “If we cannot even agree on our founding, there needs to be a serious discussion whether the American experiment is over and how to divide up the territories.” Another pointed out the lack of nuance in cancel culture, saying, “Imagine never possessing the capacity to realize the complex mix of good and bad that every human has within. Everyone can be canceled by today’s thin criteria.”