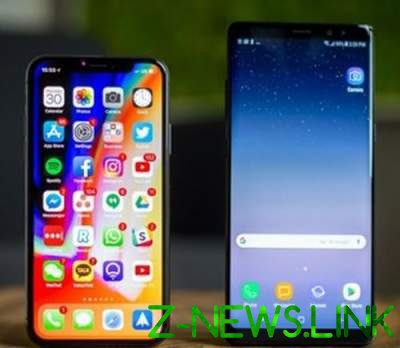 This is due to the planned expansion of the model range iPhone with organic displays.

Samsung Display, a subsidiary of Samsung Electronics, will earn about 20 billion dollars for the production of displays for iPhone the 2018 model year.

With such a forecast made by analysts of the business newspaper of South Korea The Investor. The planned volume of supply OLED-matrix will increase by approximately four times compared with the indicators of 2017 and amount to at least 180 million pieces.

A fourfold increase in volumes is due to the planned expansion of the model range iPhone with organic displays. According to some, next year Apple will unveil three new smartphones, two of which will be equipped with OLED-matrix. If the information The Investor is confirmed, the production of displays for iPhone for Samsung may become even more priorities than the development of proprietary smartphones.

See also:  The preservation and transformation

Earlier in the report The Wall Street Journal claimed that Samsung Display receives at least $ 110 for each display shipped to iPhone X. in addition, Koreans are engaged in the production of batteries and capacitors for the new Apple smartphones. Thus, the sales of smartphone competitor Samsung earns even more than in the production of components for the Galaxy S8.