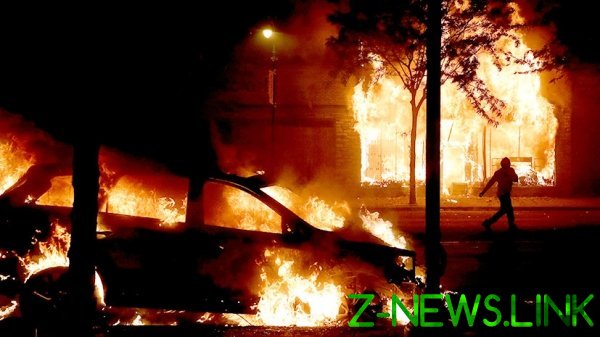 The world has watched the horrific footage from the USA. At first, all saw as they cannot cope with the coronavirus. Then got a bright illustration to the problems of racism and social stratification. America disintegrates before our eyes. In this context, the poles, the question arises whether it is possible to entrust to her all hopes, including in the security sphere.

The United States has in recent weeks become a source of expressive frames for media around the world. Unfortunately, it’s not that other countries lack good photographers and operators, and that in America now there is something to document.

First we saw the devastating impact of a pandemic, the photographs with ditches for graves of nameless victims, or giant hangars that were turned into field hospitals. At the same time began to appear photos of a smiling rich and poor, famous and unknown people, accompanied by a commentary that those died from the coronavirus. The main power in the world, a leader in science and medicine came out with a large margin on the first place in the sad list: almost two million are infected, more than 105 thousand dead.

In the last days of the American cities there are shocking images in the area from Seattle to Minneapolis and new York. In normal circumstances the public would have shook one kind of a burning Cathedral in Washington, DC, which for two centuries have called for all US presidents, but now this picture is competing with many others.

Some may serve to illustrate the history of racism, from which it is literally, as in the case of the deceased George Floyd, suffocating African Americans, and which becomes particularly evident in the operations of the white police.

Other people talk about frustration, have long been accumulating in the country, where, on the one hand, working the largest and most modern companies in the world, and on the other there is a huge social inequality. It will only get worse as the pandemic of lost tens of millions of Americans.

There is no shortage of illustrations for stories about people who are just waiting for an opportunity to start smashing and looting, or those who are interested in chaos, the universal fear of undermining the state. There is footage of that show that doesn’t feel secure, perhaps even the White house.

Paint a picture of hundreds, thousands, millions of photos and videos that spread via traditional media and social networks. It looks like the album is about modern America. The image of the United States, the center of Western civilization, is crumbling before our eyes. Impossible to recover? Isn’t it time we ask the question of whether to impose on US all hopes related to our future and security?