Russian officer sold the clothes of soldiers in millions of rubles 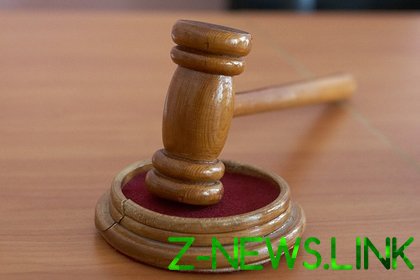 Garrison military court arrested until July 9 of the assistant chief of support unit connection 678 on communication center troops aerospace defense of the Russian defense Ministry, captain Sergei Pudikova. The officer is accused, as chief of food and ware service, he stole from the warehouse and sold clothes personnel, including underwear. About it writes “Kommersant”.

Proceedings were instituted under article “Fraud in especially large size”. The theft was discovered during an unscheduled inspection in the 678-m a communication centre. The Commission found in the warehouses of a major shortage of underwear, ties, shoes, summer form. To investigate hooked the military counterintelligence Department of the FSB.

According to the KGB, Pudikov in 2016-2018 taken from part by fictitious documents of property worth 5.3 million rubles and sold it through retail outlets for the sale of the workwear. One of them in Moscow belongs to him through a figurehead.

In April Padikovo in the Chekhov district of the Moscow region arrived by military investigators, but the officer pushed them over the gate. They called on the help of local police, and a search has taken place. The house of the former chief of ware service found dozens of sets of summer shape, underwear, t-shirts and ties. Pudikov not admit his guilt.