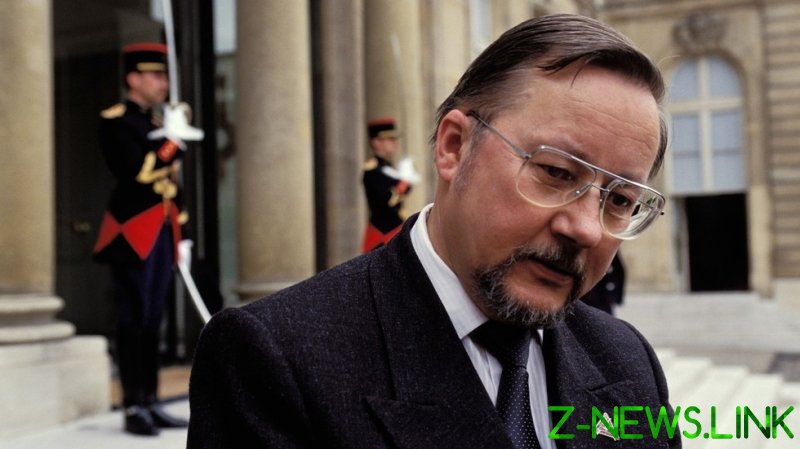 Vytautas Landsbergis, the former chairman of the Supreme Council of Lithuania, who led the nation as it broke away from the USSR, claimed in an interview on Tuesday that the Russian state will one day fall in on itself, as it has done in the past. When it does, he believes, Crimea will be returned to Ukraine. Asked by Ukrainian news site Day, “How do we defeat [Russian President Vladimir] Putin? How do we stop him?” Landsbergis argued that the time will eventually come when Russia will collapse under its own weight.

“Russia will fall apart because all empires have their end. Russia has already fallen apart twice and will fall apart for the third time,” he alleged. “Especially when the empire is bloody, violent, which people do not like and do not want it. Therefore, it is only a matter of time, tragedy and sacrifice and the misery that this dying state, which has set itself against the world and is setting the world against itself, will bring. Because they have already understood the threat that Russia will not calm down and will not agree to be on its own, to take care of its own people.”

In February, Landsbergis made headlines when he said Moscow should fork over cash as compensation for Soviet-era repressions, holding Russia solely responsible for political oppression, despite leaders from the USSR hailing from a range of different modern-day countries, such as Joseph Stalin from Georgia and Leonid Brezhnev from Ukraine.

Crimea was reabsorbed as part of Russia back in 2014 following a referendum, which remains unrecognized by Ukraine and most of the world, with the majority of nations viewing the peninsula as illegally occupied by Moscow.

Landsbergis’ comments come only days after deputies of the Ukrainian political party ‘Servant of the People’ stated its aims that Crimea should be returned to the country by 2030. On Friday, Maryana Bezuglaya, deputy chairman of the Verkhovna Rada Committee on National Security, Defense and Intelligence, posted a photo on Facebook showing a girl carrying the Ukrainian flag with the words: “What is our common goal? In 2030, Ukraine regains its sovereign borders and becomes a developed economy.”