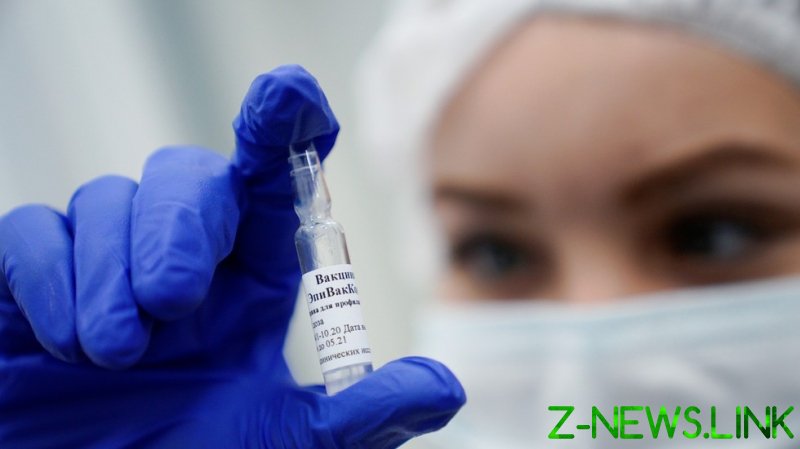 Serum obtained from people who took the Sputnik V and EpiVacCorona vaccines and had antibodies to the novel coronavirus, demonstrated a “protective effect” against the UK variant, Russia’s consumer protection agency, Rospotrebnadzor, said in a statement to the media.

It added that the vaccines have shown to be just as good against the British strain as they are against the ordinary SARS-CoV-2 virus, which causes Covid-19.

The research was carried out by the Siberia-based Vector Institute, which developed EpiVacCorona. Russian President Vladimir Putin previously asked it to check whether the country’s vaccines are effective against the new strains of the virus. EpiVacCorona was cleared for mass production back in December, with the first batch of 45,000 doses released for sale to citizens in January.

Officials around the world are concerned that the emergence of new variants, which prompted additional restrictions in some countries, can potentially undermine the ongoing immunization campaigns.

Last August, Russia became the first country to register a Covid-19 vaccine – Sputnik V – with its national regulator. The vaccine, developed by the Moscow-based Gamaleya Institute, has since been authorized for emergency use in 26 countries, including Argentina, Serbia, Iran, Pakistan, Bahrain and the UAE.

The results of Sputnik V’s phase-three trial were confirmed by a review published in The Lancet medical journal earlier this month. The article authored by infectologists from the UK concluded that the trial results show “a consistent strong protective effect across all participant age groups.”