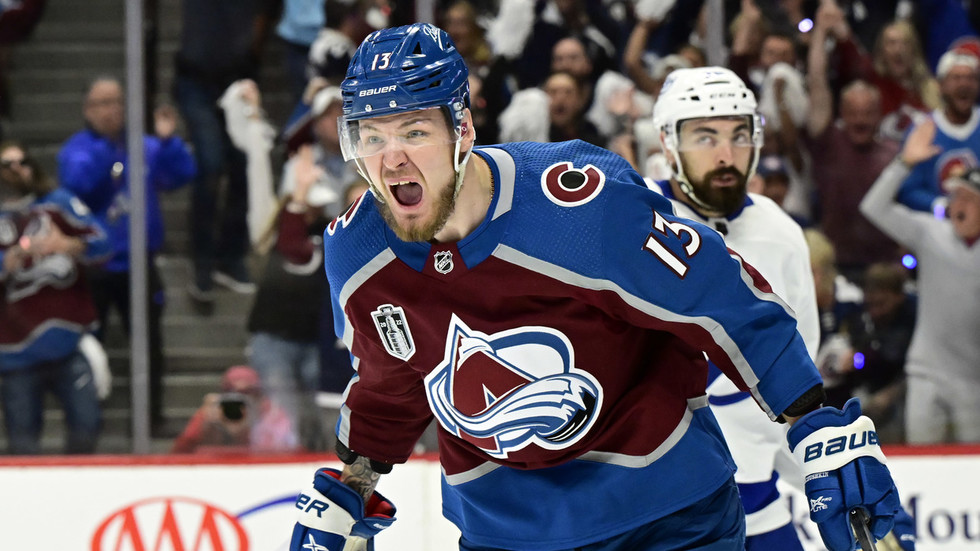 Russian power forward Valeri Nichushkin was highly praised after helping the Colorado Avalanche run a 7-0 demolition job on the Tampa Bay Lightning and take a 2-0 lead in the Stanley Cup finals on Saturday.

Nichushkin scored his seventh and eighth goals of the playoffs thus far in the rout, and now has four points overall in the best-of-seven series.

This has led to calls that he is the Avalanches’ breakout star of the finals, which is a huge turnaround for the 27-year-old who scored zero goals across 57 games in the 2018-2019 season when he was struggling at the Dallas Stars.

Denied a hat trick by his compatriot and Lightning goaltender Andrei Vasilevskiy, Nichushkin still became just the sixth player to score multiple points in the first two games of the Stanley Cup finals since 1990.

With the imposing 6ft 4in powerhouse on the ice, the Avalanche had 13 scoring opportunities overall whilst the Lightning had zero to their name.

And after scoring career-high goals (25) and assists (27) in the regular season, Nichushkin – whose coach Jared Bednar described him as “built for this time of year” – looks set for a big payday from the Avalanche while on the cusp of free agency.

“He’s a huge X factor,” Bednar said after Game 1, which the Avalanche clinched a tighter 4-3.

“He’s had an incredible season so far. He’s been a difference-maker almost every night for us. His ability to check, and check pucks back to keep us playing offense,” Bednar added.

After Game 2, teammate Cale Makar described him as a “train for us” and “such a hardworking guy”.

“He’s so valuable for us in every single zone, whether it’s picking up speed in the neutral zone and getting that O-zone entry or helping on the D-zone breakout-wise.

“Obviously, we see his offensive talent that he’s shown lately. He’s the full package. He’s been incredible for us. He’s such a driven human being, and it’s awesome guys like that get rewarded,” Makar went on.

With the Avalanche only needing two more victories for a first Stanley Cup win since 2001, and a third overall in franchise history, the series continues in Florida on Monday night with a pair of games at Tampa’s Amalie Arena. 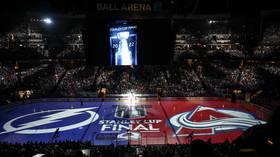 Even if the Avalanche are victorious overall, however, it has already been confirmed that Nichushkin will not be able to take the sport’s most coveted trophy home.

“With respect to this summer, the Cup isn’t going to Russia or Belarus,” stressed NHL Deputy Commissioner Bill Daly at a press conference ahead of Game 1.

“To that extent, we may owe a Cup trip in the future. That can happen like we did with the pandemic, but it’s not happening this summer,” he further underlined.