Home / policy / Russia will not even notice as you will lose along the Kuril Islands Sakhalin during the war, the US and China

Russia will not even notice as you will lose along the Kuril Islands Sakhalin during the war, the US and China 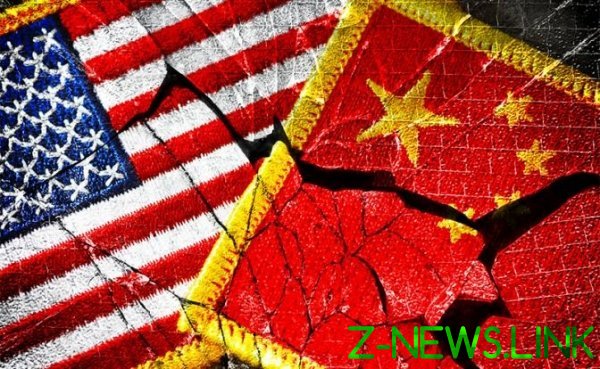 How the American President Donald trump will “punish” China for the spread of the coronavirus worldwide (he’s just thinks so), is still unknown. However, the Chinese military intelligence says that the US is willing to take real military action to knock out the favour from Beijing for COVID-19, which runs in the trillions of dollars.

As allies of Washington intends to bring the UK, Germany and of course Japan. In China, according to Reuters, in the center of the national security system is composed of an analytical report, which talks about the need to prepare for the real war with the United States. The Minister of defense of China General Wei Fenha recently stated that in case of conflict with America, his country would “fight at any cost.”

While the war between Beijing and Washington is the economic and not obvious that it is somebody will win — a mutual large financial losses are inevitable. Now, the US Congress called for tougher sanctions against China, it is understood that they can include the freezing of assets, prohibition on entry, revocation of visas, the prohibition of American financial institutions to lend to Chinese companies and much more. China in response promises to bring down the dollar and the market for American securities. And there is definitely no “hot” not “cold war” is not enough.

To invade mainland China and carry out a ground operation, the US army is unlikely to succeed here is not necessary due to various reasons, including due to the geographical situation of the country. “Operational space” for tank and motorized columns exists only from Russia, but this “transit” for Americans is closed for obvious reasons. Amphibious assault even with the support of the carriers is fraught with serious losses and the inability to successfully move into the country. We can assume that the expected war could occur on the Islands in the South China sea, where Beijing now is particularly active and is planning to increase its military presence on disputed Islands and reefs, to introduce them to the exploitation of oil and mineral deposits, to build nuclear reactors.

Of these Islands during a pandemic in the fashion industry, China has already taken and has placed its military bases on the reefs Subie, the Trouble and the Fiery Cross, and on woody island equipped airfield that hosts fighter jets, radar and missile systems. Earlier, China annexed to its territory a part of the Indian state of Arunachal Pradesh and on the Paracel Islands and the Spratly archipelago (Xisha and Nansha in Chinese) there are two new administrative districts, which will enter the city of Sanshui of Hainan province, created by the Chinese government in 2012 to substantiate its claims to the disputed Islands.

Islands in the South China sea are the subject of a long territorial dispute between China, Taiwan, Malaysia, Philippines, Brunei and Vietnam. Besides natural resources (oil and gas), this region is also of great geopolitical importance — through the waters of the South China sea is about 40 percent of the traffic of world trade and moving 80 percent of the volume of Chinese imports of oil and gas. So to strike the US on China is a great place and “battle for the island” could be the measures of influence, which says trump. It is no accident that the American President has sent to the region three warships.

Another “island battle” can be deployed on the Kuril Islands, not only on the Russian Islands, which are claimed by Japan but also on others, including on Sakhalin. Tokyo makes no secret of its claim on them, and, having exhausted diplomatic measures, it may proceed to hostilities. It is clear that only with the help and support of the United States. The activity of the joint U.S.-Japan exercises in recent times has increased significantly, including to simulate the amphibious landing and move inland to the territory of “training” while Islands in the East China sea. It is possible that such experience of Japan can use and the Kuril Islands. With the support of aircraft from the American aircraft carriers — may 14 on the Japanese island of Iwo Jima start another joint exercise technique to simulate deck landings on the aircraft carrier “Ronald Reagan”. Similar doctrines are held here annually before the aircraft carrier will depart on patrol. That’s just what coast he will go this time?

It is known that the American interest in the formation of “holes” in the Kuril Islands in the most part it is military. Under the existing security agreement, the US has the ability to create and use military bases in Japan, and place them on any number of its armed forces. And it is unlikely they will miss the opportunity to get closer to the borders of Russia in the far East. Since 2006 in the Northern Prefecture of Aomori valid American radar range “X”, which followed, not only for Chinese banks, but also for the base of the Russian Navy in Vladivostok. Now on the Japanese Islands is 91 US military facility and a couple of new on the Kuril Islands they come with great willingness. Including the missile defense system, which will control ballistic missiles, like Russia and China.

— The probability of invasion of Japan in the Kuril Islands can be seen only with the support of the U.S. — says military expert Vladislav Shurigin. And if until recently, this option could be considered as hypothetical in the current situation, Tokyo can take this step, taking advantage of the growing tensions between Washington and Beijing and, as a consequence, the likelihood of armed conflict across the Pacific. The United States will be interested in the involvement of Russia in “small war” with Japan, because it is in some degree ensures that we have not acted as allies of China and draw the forces of the army and Navy to protect the Islands. The Kurils, Russia will be able to defend with high probability over the available on the Islands of the group, and their ships of the Pacific fleet, can involve other forces and means of the Russian army. Another thing is that USA in the framework of the allied relations is to take the side of Japan, if one will be able to spend at least the first phase of the amphibious operation and to gain a foothold on the Islands. However, in this case, the United States will have to be distracted from its main task — the conquest of armed superiority over the Chinese army and then fight the Americans will have on two fronts. In any case, I think, it is necessary to strengthen the protection of the Kuril Islands, which actually is now done.

So Chinese edition Sohu, as we have already mentioned, estimating posted on the Kuril Islands of the Russian anti-aircraft and anti-ship missiles and the latest scale exercises of the Russian Navy (involved more than 20 surface ships and submarines, combat aircraft), gave in his military display an extremely low chance of Japan in an attempt to capture the island. In the event of war over the Kurils, this will result in big problems for Tokyo and will end in defeat. “Japan could not hide his emotions when Russia responded to a joint U.S.-Japanese naval exercises in Okinawa on landing instantaneous transfer of its Navy in the waters of the Okhotsk and Japan seas”, — the newspaper writes, noting that Russia has turned this region into a major Outpost in the Pacific.

Russia’s armed forces, aware of the strategic importance of the Kuril Islands, even by 2018, has completed the modernization of military facilities on two of them — Kunashir and Iturup, and then started to create a modern military bases for a further two to the island of Matua in the Central part and the North — the island of Paramushir. New Russian military base in the Kuril Islands is equipped with the latest weapons, which are designed not only to protect themselves, the island territories, but also capable of controlling the entire surrounding Pacific area. Land Kuriles able to cover coastal complexes “Bastion”, “Ball” and “club”. What is this weapon? Armed with “Bastion” supersonic missile “Yakhont” with a range of targets up to 300 kilometers. One missile of this class are able to pieces explode ship class frigate and cause serious damage to a carrier. “Ball” is more mobile, compact. Ammunition — 64 missiles, capable of hitting targets at a distance of from five to 260 kilometers. One “Bastion” is able to put down a whole squadron of the potential enemy, and paired with a “Ball” — and Navy.

Summarizing, we can notice that the use of force in capturing the so-called “Northern territories” to Japan is unlikely to lead to success, but such an attempt is not excluded Russia it is necessary to be ready.