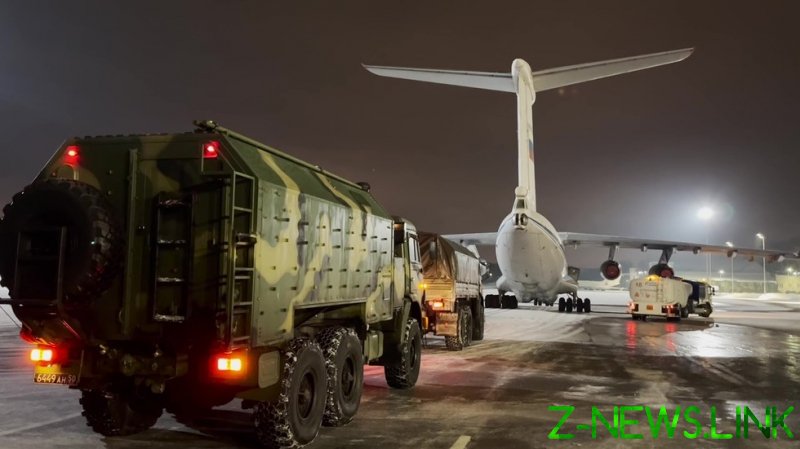 Allegations that Russia is playing the role of an “aggressor” during the upheaval in Kazakhstan are nonsense, the foreign ministry has insisted, following the deployment of a Moscow-led peacekeeping mission to quell violence.

Speaking as part of an appearance on the ‘Soloviev Live’ YouTube Channel on Tuesday, spokeswoman Maria Zakharova slammed statements about Moscow’s intentions amid unrest in its neighbor.

“Have we ever attacked anyone or threatened anyone with anything? We are always in favor of peace, offer negotiations, put forward constructive proposals, oppose militarization and constantly help the entire world get out of critical situations and there are plenty of such examples,” she stressed.

“In spite of this, we hear this mindless, callous and false claim that we are an aggressor country,” the diplomatic representative added.

Commenting on the deployment of troops from the Moscow headquartered Collective Security Treaty Organization (CSTO) as part of a peacekeeping mission, she insisted that “this operation led to an end to the bloodshed – it stopped it. And then we read nonsense from people who have never been deep analysts or experts on the situation, who do not belong to this [part of the] world and are not professionals at all… that Russia is the aggressor and so on.”

She also criticized the remarks being made by some Russians, noting that “when these claims are made by our people, a question arises: Is this far from being just for nothing?” 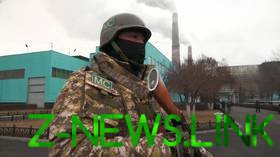 Zakharova’s remarks come after Kazakh President Kassym-Jomart Tokayev called for the CSTO, which unites the armed forces of six former Soviet Republics, for assistance in “overcoming the terrorist threat” within the country last week. On Tuesday, Nur-Sultan announced that troops will begin the withdrawal process in the next two days, as all regions in the country are now said to be stable.

Protests swept across Kazakhstan in early January when large groups of mostly peaceful demonstrators stepped out to oppose the removal of price controls on liquified petroleum gas (LPG), a fuel that many use to power their cars.

The demonstrations became more violent in subsequent days, with Kazakh officials alleging that the rallies had been taken over by armed criminals who took to the streets and attacked law enforcement officers.

In comments which came under fire from Moscow, US Secretary of State Antony Blinken recently suggested that Russia could have ulterior motives behind the CSTO mission. The senior diplomat claimed last Friday that “I think one lesson in recent history is that once Russians are in your house, it’s sometimes very difficult to get them to leave.”

Zakharova said on Sunday that US officials don’t grasp what’s happening in Kazakhstan and reduced such statements to “baby babble.” She also shared a message from the Foreign Ministry, in which officials called on Washington to look at its own track record.

“When there are Americans in your house, it can be difficult to stay alive, not to be robbed or raped. Only this is taught to us not by the recent past, but by all 300 years of American statehood. Indians of the North American continent, Koreans, Vietnamese, Iraqis, Panamanians, Yugoslavs, Libyans, Syrians and many other unfortunate people who were unlucky enough to see these uninvited guests at home will tell a lot about this,” the notice read.